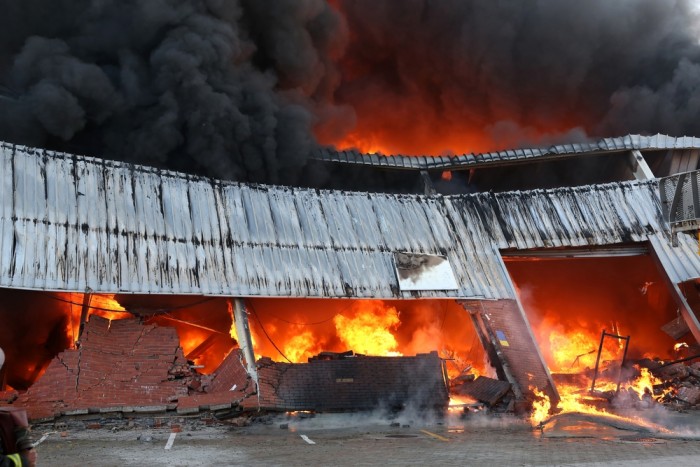 THE passing of Beatles producer and music innovator Sir George Martin at the age of 90 has sent the music-loving world into mourning, with a number of his long-time fans seeking to honour him with grand public gestures.

Martin, famed for his musical partnership with the Fab Four leaves behind a musical legacy unrivaled by anyone in the popular era, and fans who are keenly aware of this descended on the X Factor studios in London shortly after hearing of his passing to burn it down.

“It just seems right, he enjoyed popular music, he had a hand in creating and shaping it, but it had an air of authenticity and a genuine love of music which is sadly gone now,” confirmed music fan Liam Jones as he doused the ITV studios were the X Factor is filmed in fuel, before setting it on fire.

“It wasn’t just solely an exercise in maximising profits back then,” Jones added as set a nearby Ferrari on fire he desperately hoped belonged to Simon Cowell.

It is thought the criminal damage caused by this moving display of affection for Martin will run into the millions and serve as a lasting testament to a bygone era of music made with a real love, passion and reverence for music.

Sadly, police had stopped one die-hard Beatles fans in LA from removing Justin Bieber’s vocal chords, it is believed the fan was just 12 seconds away from altering the course of music for the better before being gunned down by police.