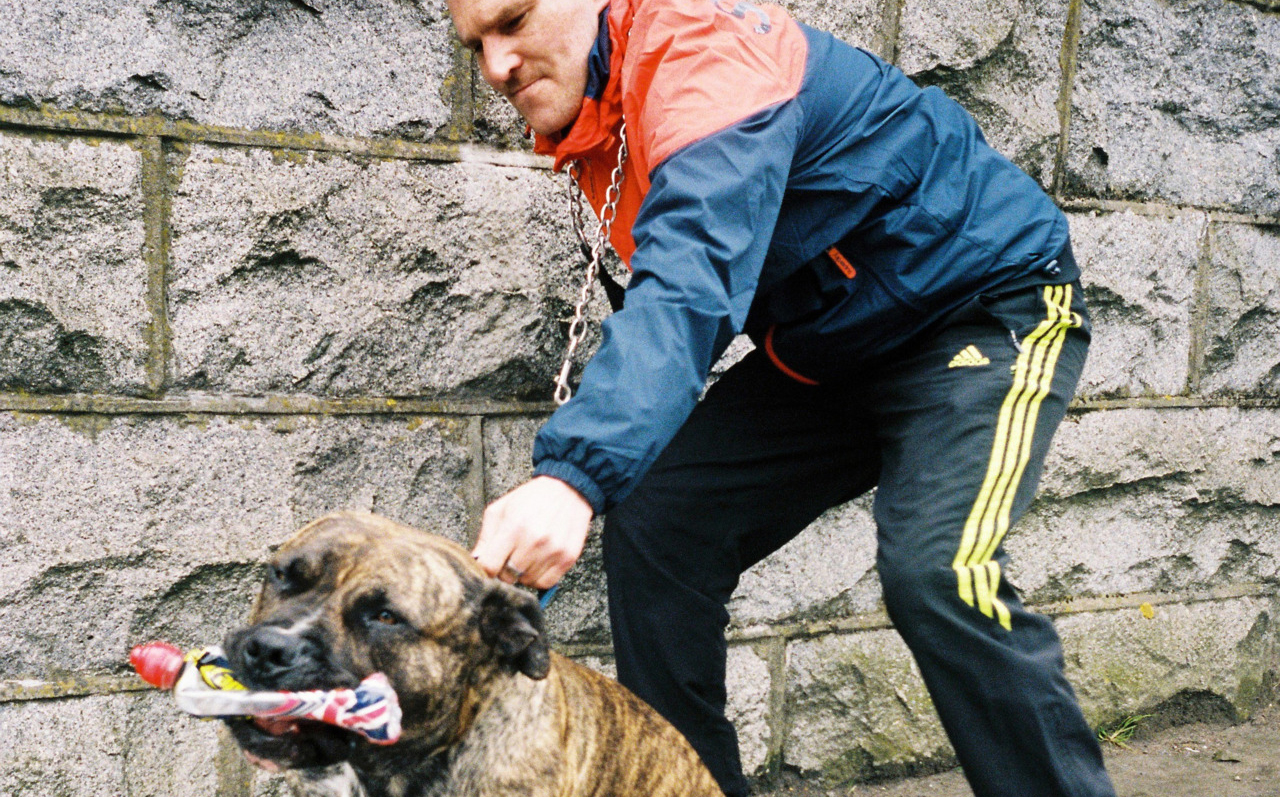 COUNTY Tipperary man Jason Ward has today purchased a pitbull terrier from a friend down the road, despite sharing a house with three small children of his own.

Ward, who is currently between jobs at the moment, said he will gladly ‘tempt fate’ with the new addition, pointing out that most dangerous dogs only attack when they’re not disciplined properly, blaming owners themselves for not understanding how to handle such a physically strong and demanding pet.

“Ya just have to show dem whos boss is all,” Ward explained, wrapping the now excited animal on the nose with a metal dog chain in a bid ‘to calm him down’. “Especially these fellas, ya know? Ya can’t show dem you’re scared at’all…get down ta fuck, Tyson, get down!”

Aware of previous dog-maulings by similar breeds, the 27-year-old said he’s quite confident that his children will be safe with the fully-grown, 30 kilo animal, whose original breed was mixed over 200 years ago to create a more aggressive, fighting dog.

“Ah sure the kids love dogs, so they does,” he said, pulling the choker tight now to stop him barking. “I’ll just have to teach them how to put manners on him, ya know? He’s a feisty little fucker and he just needs to be disciplined a bit more. Sure, we can leave him outside if he doesn’t cop on. That’ll put manners on him.”

Leading his owner down the road, Tyson looked forward to his new home and leaving behind months of undocumented abuse from his previous owner, which will hopefully not resurface while playing with these new kids.