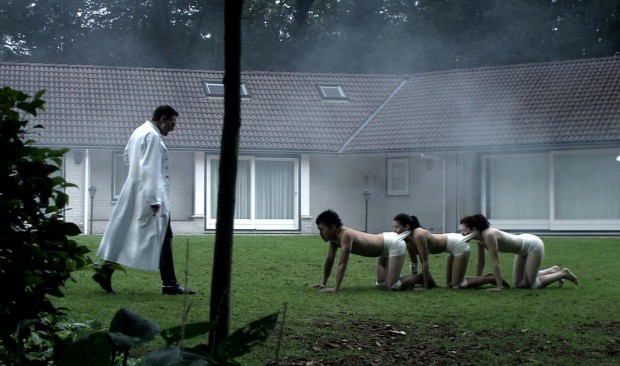 IN an announcement long anticipated by the film industry, animation geniuses Pixar are to branch out into their first adult feature film with a remake of the acclaimed and vomit-inducing horror movie the Human Centipede.

“The timing was right, and the technology is there,” Pete Docter, director of previous Pixar outings Up! and Inside Out told WWN.

“I think we need to take on a tale that is unique and perplexing, and The Human Centipede is just that,” the animation darlings said in a brief statement on their official website.

While production has been under way for a number of weeks, little is known about how closely they will stick to the original movie from visionary director Tom Six which was so beloved by film critics and movie fans alike.

“We’re reluctant to reveal too much too soon, but we have several hundred animators working round the clock to get the shit and vomit just right, it will be a sensory delight,” Docter added.

The task of how Pixar will spin the movie into a quirky and uplifting story so associated with their brand will fall to screenwriter Diablo Cody, best known for writing the movie Juno.