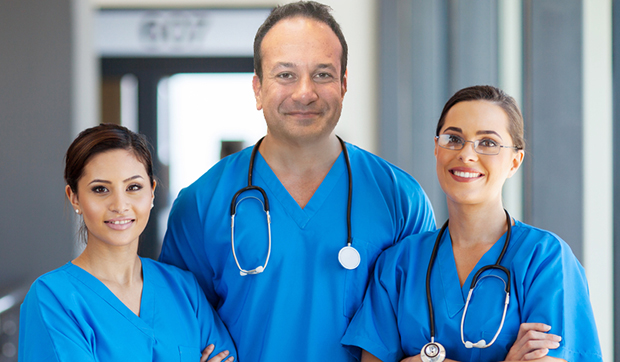 THE Government has been forced to put all sitting TDs to work in the Nation’s A&E departments on the 15th of December after selfish nurses who have the easiest job in the world voted in favour of industrial action earlier today.

The strike action has been taken by desperate nurses who experience the devastating effects of austerity measures on frontline services on a daily basis, but the Government has been swift in enacting its emergency back up plan.

“Ah, some of the TDs are mad for a bit of extra cash in the run up to Christmas, and working a shift in A&E is much easier than fiddling with the mileage on your car just so you can claim more for petrol allowance,” Taoiseach Enda Kenny told reporters earlier today.

Pressed by journalists on the drastic measures taken by nurses to highlight to ongoing difficulty faced by a supposedly first rate health service, the Taoiseach was unequivocal.

“Be grand, sure there’s no problem. We’ll clock in on the 15th of December, pump a few stomachs and be off on our way. Any lads on trolleys? Just tell them to fuck off home. Sorted. To tell you the truth, I could do with the overtime myself,” Kenny explained.

Self-appointed future Taoiseach of Ireland and Minister for Health Leo Varadkar expressed his disappointment at the strike action but was able to see the positives.

“Only 92% of nurses voted in favour of strike action, so you know, it’s proof the Government’s policy is working,” the minister explained.