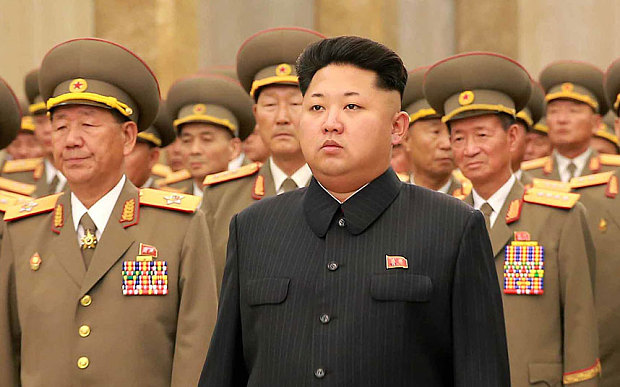 A SPOKESPERSON for the Korean People’s Army has today issued a statement asking the UN and NATO forces if North Korea can bomb Syria too, in a bid to test out their military hardware.

The Minister of the People’s Armed Forces, Pak Yong-sik, made the request yesterday evening in a brief detailing North Korea’s strategy in dealing with rebel forces, Assad forces and the ongoing ISIS threat in Syria.

“Our great leader Kim Jong-un would like to assist in the bombing campaign of Syria with the aid of our nuclear might,” the minister’s statement reads. “We would like to blanket bomb Syria with a series of carefully placed warheads. It won’t take long, and we are confident this whole conflict can be abated in a matter of hours. Besides, why should you guys have all the fun?”

Responding to the request, several NATO member states immediately opposed North Korea’s involvement in the Syrian conflict, claiming a ‘too many cooks spoil the broth’ defence.

“We’ve got France, Russia, the US, Turkey and Israel bombing Syria and the possibility of China and Britain joining in too,” the Chairman of the NATO Military Committee General Petr Pavel explained. “We’ll definitely keep North Korea’s request on file if one of the states decides to back out of the campaign, but it’s looking unlikely due to the amount of kudos involved in bombing whoever the bad guys are these days”.

Along with the countries mentioned, Saudi Arabia, Jordan, the UAE, Bahrain and Qatar have also joined with the US in airstrikes in Syria, despite their conflict of interest.