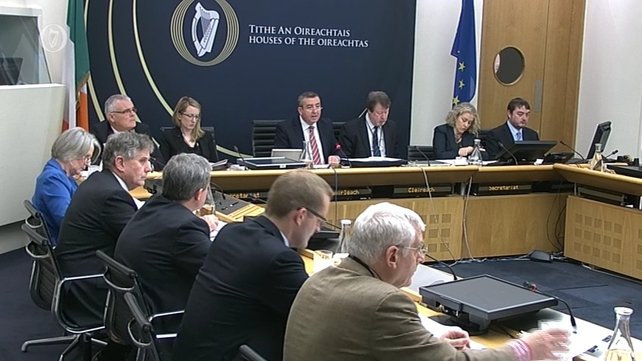 THE CONTROVERSIAL Oireachtas banking inquiry into the financial collapse of Ireland’s banks in 2008 has requested a €12bn bailout in order for it to continue and complete its work.

Members believe there is a strong chance the committee will fail to produce a final report if there is not some form of banking inquiry bailout put in place to secure its spiralling costs.

Since the middle of last year, the 11-strong banking inquiry has been tasked with finding out how it all went so wrong for the country seven years ago, with a budget of €5mn spent on the committee thus far.

“If only we had an extra few billion to finally carry this out properly,” hinted one Oireachtas member. “If we don’t get the funds we need, this whole banking inquiry could collapse… and no one wants that”.

In a bid to salvage the inquiry, Minister for Finance Michael Noonan announced he will request €12bn in bailout money from the ECB tomorrow and has proposed a National Inquiry Assets Management Agency to be put in charge of Ireland’s ongoing inquiries, including the IRBC inquiry into the questionable sale of several companies and debt write downs in 2011.

“Hopefully with these extra funds we can get all these reports out before the general election,” Noonan said. “You’re welcome, Ireland.”

The Oireachtas banking inquiry committee, which concluded public hearings in early September having heard from 128 witnesses over 49 days of sittings, has until December 1st to complete the report and distribute it to interested parties.