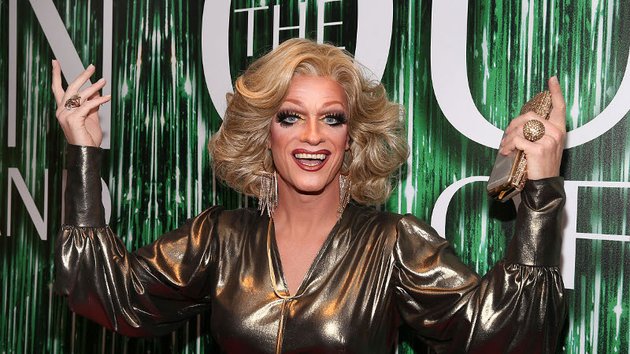 THE release on DVD of “The Queen Of Ireland”, a documentary about the life of Ireland’s only gay person, Panti, has been met with sighs of resignation from friends of the gay rights activist, who wearyingly accepted that they had better buy it or they’ll never hear the end of it.

Panti Bliss, the stage persona of Rory O’Neill, found himself at the spearhead of the gay rights movement after a controversial appearance on The Saturday Night Show in 2014.

After single-handedly securing a “Yes” vote in this year’s Marriage Equality referendum, Panti went on to star in a documentary about Panti, which was watched by all of Panti’s friends. Directed by Conor Horgan, “The Queen Of Ireland” received rave reviews from Panti, as well as friends of Panti who posted on iMDB.

As the film hits DVD shelves, these same people have come to terms with the fact that they were as well just heading into HMV and buying it straight away, to avoid any awkwardness next time Panti comes round to the house.

“He’ll check the cabinet under the telly, I know him,” said one Panti pal we talked to.

“And then he’ll bring it up in conversation; ‘oh, you know the DVD is out? Yeah, it’s selling in HMV, or online… anyone that wants a copy can just buy one’… so fuck it, I’ll buy it tonight. But this is the end of it, ok? I was a huge supporter of Panti during the run-up to the referendum, but I’m out a fucking fortune on him at this stage”.

People who buy the DVD are urged to remove it from its cellophane wrapping, so that it looks like you’ve watched it if Panti calls around.