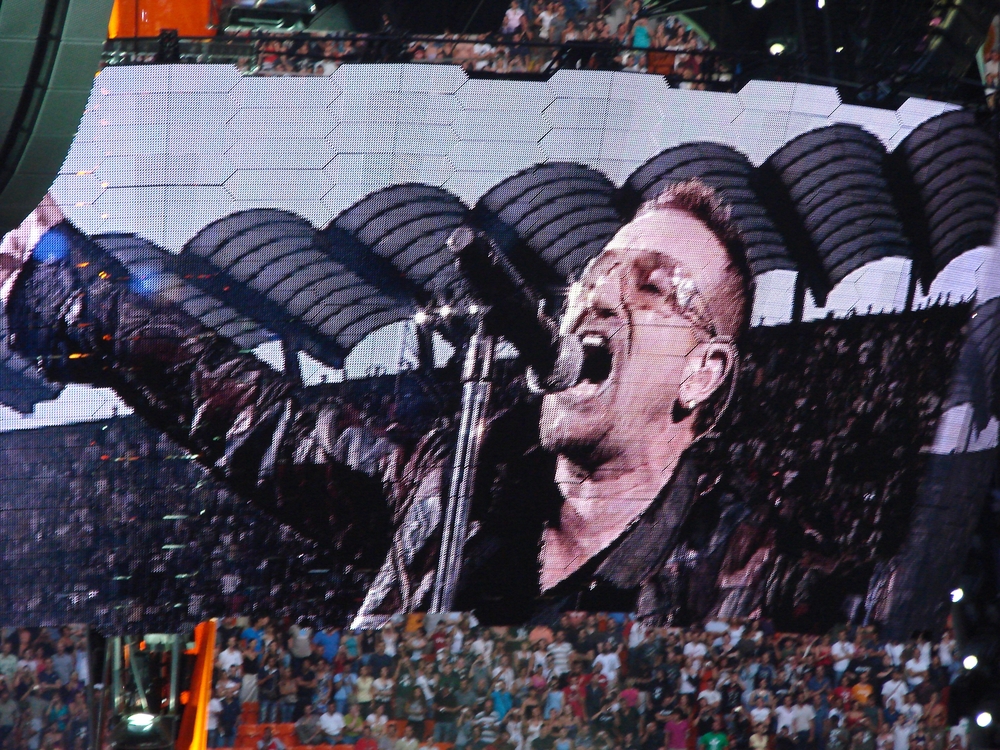 THE unifying power of MOR rock may be just a few short months away from bringing the countries of the globe together in a lasting peace, after experts announced that 13 more U2 concerts should be enough to eradicate all of the hatred and evil in the world.

U2, who last night played the first leg of their Irish Innocence & Experience gigs to a sold out SSE Arena in Belfast, have long been regarded as the key driving force in the quest for world peace, with front-man Bono being referred to as “the saviour” by key members of the UN.

The band have been chipping away at the cold veneer of oppression and war for over three decades now, and based on their progress so far experts have suggested that a dozen or so more sold-out shows should be enough to rid the planet of the scourge of famine and war.

“We’re so close. In fact, we’re so close we felt like we can say, ‘you’re welcome, Earth'” said Bono to the Belfast crowd last night, between renditions of his hit lectures ‘This violence must end’ and ‘We are all one community, yeah?’

“They said we would never bring about world peace, and that we should shut the fuck up and sing a song or two once in a while. Well, they’ll be eating their words after we rock Pasedena in March next year and terrorists across the world simultaneously lay down their arms and embrace their fellow men”.

Bono was joined for a bow at the front of the stage by The Edge and Adam Clayton, while Larry Mullen patiently waited to kick into Discotheque.