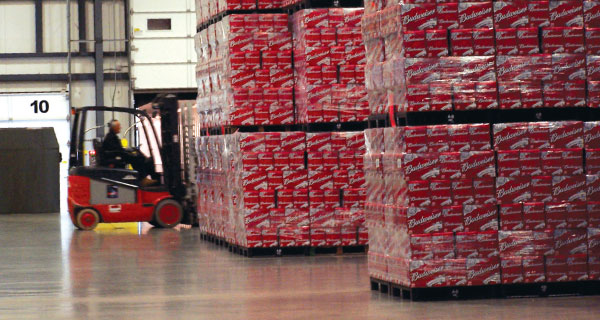 A DUBLIN man has told reporters of his harrowing experience after becoming trapped for three days in a Budweiser storage depot, during which time he was forced to drink his own urine to stay alive.

Malcolm McArdle, 35, was working at the beer warehouse on Friday evening when he accidentally got locked in by co-workers after returning to grab his phone from the cab of his forklift.

Thinking that McArdle had left already, staff at the depot closed the shutters and went home for the weekend, leaving the Dublin native trapped in the inner part of the store.

With his phone battery dead and surrounded by nothing except crates of Budweiser beer, McArdle had no choice but to wait to be freed for nearly three days with nothing to eat and absolutely nothing that he could drink.

“The thirst really started to kick on on Saturday,” said McArdle, recovering at his home following his ordeal.

“I tried to lick condensation off the walls, but that didn’t work. In the end, I had to open a can of Budweiser, pour it all out, fill the empty can with my own piss and drink that. I’m not ashamed: I did what I had to do to survive”.

Workers arrived at the warehouse to clock in on Monday morning discovered the emaciated McArdle, who was immediately rushed to hospital suffering from severe dehydration. Checks are being put in place to make sure an incident like this never happens again.