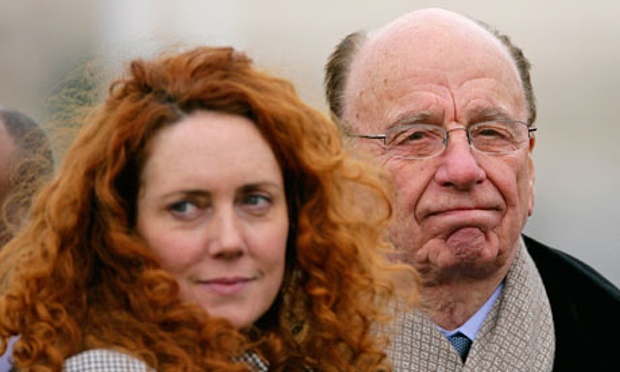 Murdoch has tried in the past, on several occasions, to express his love and devotion for Brooks, most famously through a lucrative compensation package paid to the former News of the World editor in the wake of her calamitous management of the publication.

Sources close to Murdoch have claimed that the News Corp magnate has purchased an ‘I Love Rebekah’ t-shirt as well as an entire viagra production plant in eastern Europe, in anticipation of his romantic feelings being reciprocated.

“Rupert has always been a bit shy about his affections for Rebekah, that’s why he signed off on a £16 million plus severance package, rather than tell her how he really feels, it’s just easier that way sometimes,” a News Corp insider told WWN.

“He’s been writing her name into his diary all day over and over again, even writing ‘Rebekah Murdoch’, just to see what it looks like, and hiring her is his way of saying ‘hey, notice me’ I think,” the insider added.

Despite presiding over the paper through the period preceding the discovery of the publication’s widespread hacking of people’s phones, Brooks has now been put in charge of The Sun and Sunday Times publications, returning the 47-year-old to a position of influence in the news media.

“Oh, I think it would be reasonable to assume he’s madly in love, it’s the only possible explanation for putting someone back in a position you agreed they were unfit for a few years ago, but sadly The Sun readership doesn’t count reasonable people among their number, so it sort of flies under the radar,” explained media commentator Max Briggs.