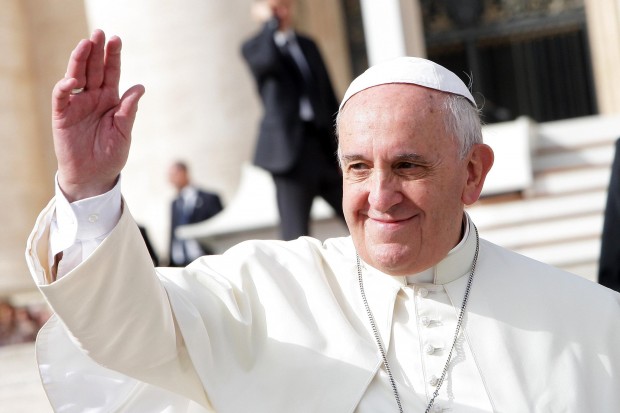 THIS 78-Year-Old man totally won the internet yesterday with this amazing gesture. Get the tissues ready, it’s a tearjerker.

This celibate man named Pope Francis, somehow found the empathy to declare that he wouldn’t want to condemn women he’s never met to a hellish inferno for all eternity even though they have had an abortion.

He used the word ‘forgive’ and the whole room went silent. The fact that this man deems himself in a position to forgive women for something that they didn’t seek his forgiveness for is possibly our favourite viral story of the year.

Where he found the courage to openly state such a thing is beyond us, but we know it will be a huge relief to all those women he has never met.

And if you thought that was enough, this guy said all this in front of a room made up entirely of other elderly men, who were also celibate, and he instructed them to forgive these women whose names, nationalities and lives were entirely unknown to them. Epic kindness. Mind blown.

UPDATE: Sorry guys, seems like we might have bigged up this guy a little too much. Apparently he also made a series of promises to abuse victims here in Ireland and has since chosen to simply avoid following through on those promises. Mind unblown.