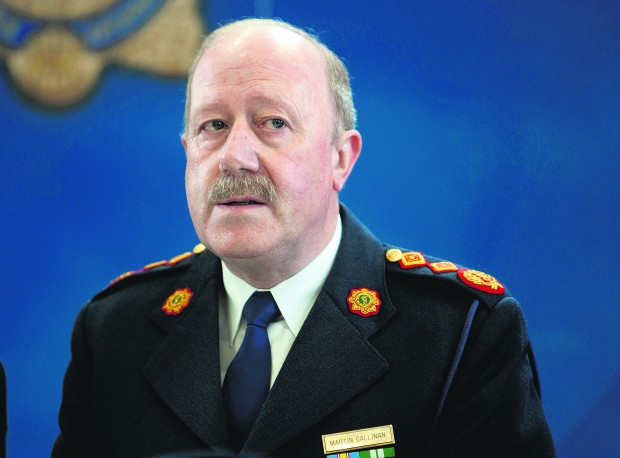 ALTHOUGH the newly-published Fennelly report on the departure of Martin Callinan from his position as Garda commissioner completely and totally exonerates Enda Kenny and the Fine Gael government from any wrongdoing whatsoever, questions still remain as to how the severed head of a champion racehorse came to be in Callinan’s bed the day before he tendered his resignation from office.

Former commissioner Callinan resigned from his post in March of 2014 following the revelation that he had withheld information pertaining to the illegal recording of Garda phone conversations, as well as controversial remarks about Garda whistleblowers in the light of the ‘quashed penalty points’ scandal.

Although many have suggested that the commissioner was sacked from his post by Enda Kenny, something which the Taoiseach has no direct power to do, the Fennelly Report clarifies that Callinan just suddenly decided to give up his lucrative post of his own accord.

A visit to Callinan’s house late on a Sunday night in March 2014 by then-secretary general Brian Purcell, on a direct errand from the Taoiseach, probably had nothing to do with the commissioner deciding to retire the very next day, and the pair probably just had a cup of tea and discussed the Lionel Messi hat-trick which moved Barcelona to within a point of Real Madrid in La Liga, following their recent 4-3 El Classico victory at the time.

“As for Mr. Callinan waking up the next morning covered in the blood which was gushing from the freshly-decapitated head of a racehorse, we have nothing to offer,” read the report, which was released in time for it to be yesterday’s news before anyone had a chance to read it.

“Sometimes horse heads just show up in people’s beds, and then those people can do whatever they want the next day: go for a run, eat some toast, retire from a high-paid Government post that you’ve brought disgrace down upon… the two events are completely separate”.

Following the publication of the report but before anyone had a chance to read it, Enda Kenny appeared on Six-One where he thanked everyone for agreeing that he had done nothing wrong, adding that “we can all move on from this right now”.