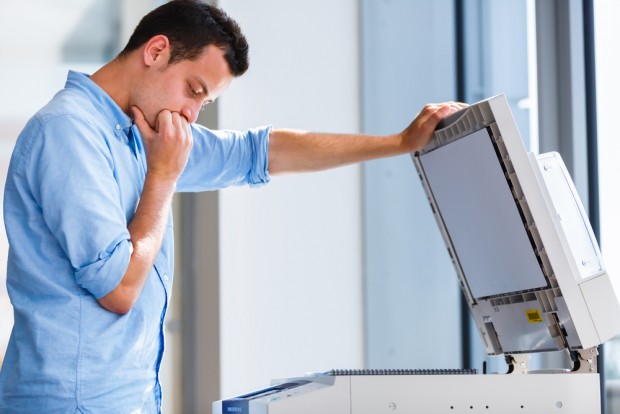 Office worker, Sean Halpin is willing to admit that this might be the Friday talking, but he’s almost certain that the photocopier he’s standing at just told him to go for a pint.

Halpin, 26, is already shaking off the effects of a pretty hard night out the previous night, and is basically going through the motions at his low-paid job at McKillan & Dempsey chartered accountants in Dublin.

Having spent the past hour, making hundreds of copies ahead of an important meeting early next week, Halpin has become convinced that the Canon 4025i model copier is subliminally telling him to down tools, head to the nearest pub and get a few pints down his neck.

“I can’t be the only one hearing this, surely,” said Halpin, listening intently as the copier printed out reams of jargon-filled paper.

Halpin then made his excuses and slid out of the office, and has been in a pub ever since. So far, he has not reported any inanimate objects in the pub telling him that he should “probably head on home”.