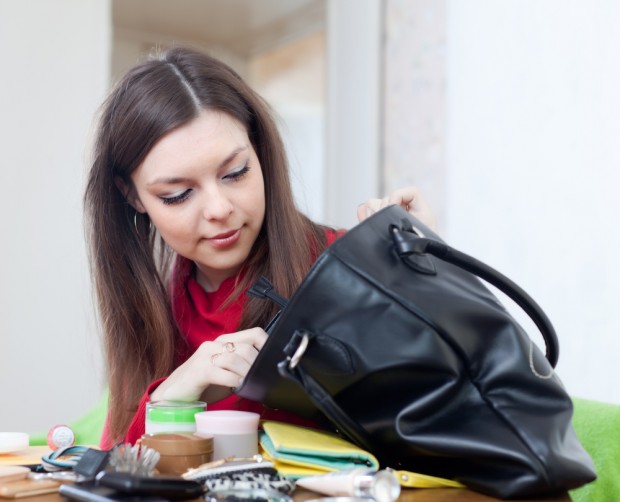 THE contents of Shona Hanley’s black faux-leather bag purchased in Zara three years ago is still largely a mystery to her boyfriend of five years, Ciaran Fallon.

Shona’s bag, much like any other handbag has a handle, a shoulder strap and what appears to be, to Ciaran at least, a depth of over 400 metres.

“Honestly, haven’t a clue what she does be keeping in there, but she’s never short of it, whatever it is,” Ciaran admitted frankly to WWN.

“Ask her though, ask for anything, go on, anything and guarantee ya she’ll whip it out of the bag for ya after a rummage,” the 31-year-old insisted, “there has to be a secret compartment or she studied as a magician for years and just won’t admit it”.

Ciaran’s suspicions as to just what the fuck is going on with Shona’s handbag reached a climax when the Dublin couple took a day trip to Glendalough earlier this year.

“Well, he’s going to give out when I say this, but we took a picture or two at the top of the valley. I’d put my bag down to take the best photo possible and I just asked Ciaran to pick the bag up for me,” Shona offered.

“I was expecting it to be, ya know, be straight forward enough, but as I pulled up on the strap, the weight of it, I couldn’t… I couldn’t… my back gave out and I slipped a disc, the fucking weight of the thing,” an emotional Ciaran said, interjecting.

Luckily for Ciaran his girlfriend had a fully functioning ambulance stretcher in her bag, along with a neck brace just to be on the safe side. Ciaran was then pushed down to safety and was kept well hydrated by the 3 gallons of water Shona had in her bag.

“She still won’t tell what else she has in there, sometimes I think I can hear voices coming from deep down in the bag,” a worried Ciaran concluded as Shona remained tight lipped.