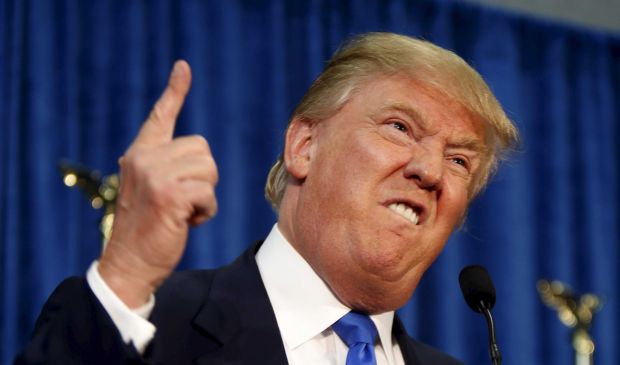 NOT content with making controversial remarks about women, the Latino community, African Americans and those on minimum wage, American presidential candidate Donald Trump has launched a scathing attack on Swedish supergroup ABBA, claiming that they could “fuck off back to Belgium”.

Billionaire Trump, who has a history of strong, controversial opinions, made the statement during a live presidential debate last night. Already under fire for suggesting that Fox News host Megyn Kelly was on her period while questioning him during a GOP debate last week, Trump was fielding a question about how as president he would make America great again when he strayed off topic to voice his opinion on Anni-fred, Benni, Bjorn and Agnetha.

“While I’m on the subject, I just want to say this: fuck ABBA. Fuck those guys,” yelled Trump, who was not on that subject at the time.

“Waterloo, Fernando, Mamma Mia… horseshit, all of it. They can take all that sissy shit and fuck off back to Belgium, or wherever the fuck they come from. That kinda thing, that ain’t America. That’s not what we want in this country. We want jobs, and cars. We want a home for our families, and an army that we can be proud of. America! The land of hope! Fuck ABBA!”

The emphatic statement was met with cheers of delight from the crowd.