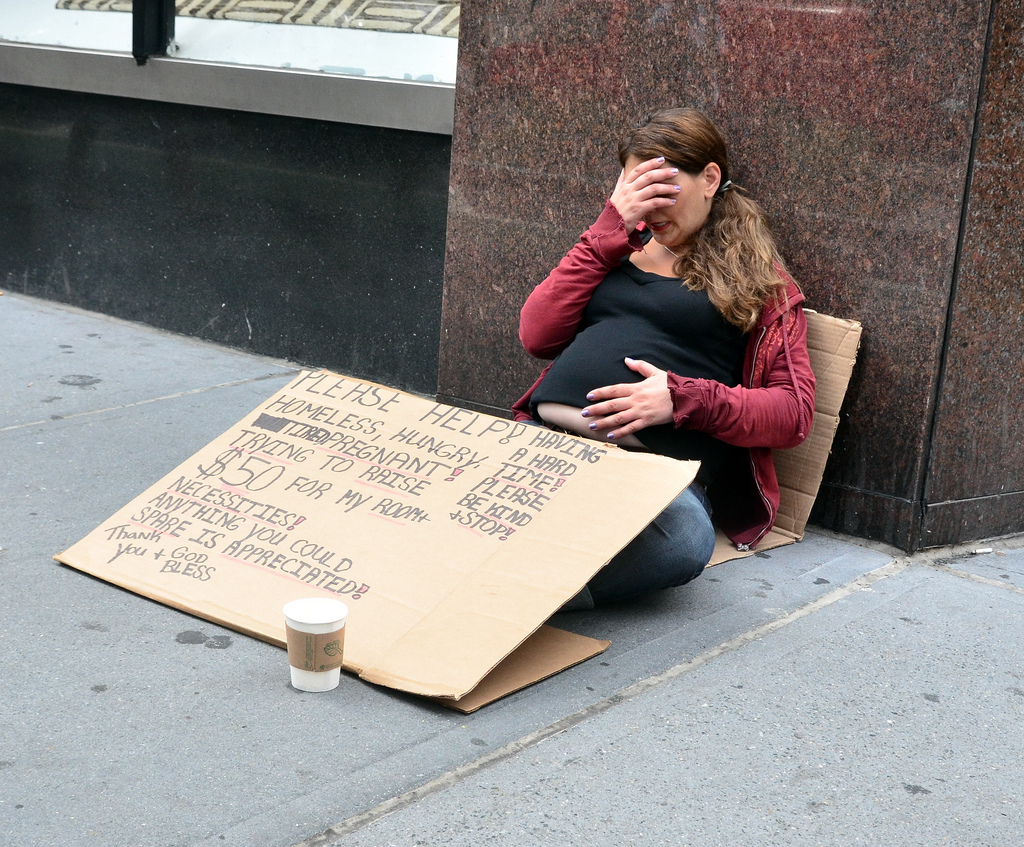 A SHOCKING report released last week revealed that there are at least half a dozen pregnant women currently sleeping rough on the streets of Dublin.

With resources stretched to breaking point, there’s very little that can be done for these women, so we at WWN have compiled the following guidelines to help them over the next nine months.

Remember, you’re eating for two, so that means you have to eat healthy! Don’t just ask the charity organisations that hand out sandwiches at night for an extra ham and cheese: you must have plenty of fresh fruit and vegetables, and keep your diet as low-GI as possible. There are plenty of hipster salad bars and bakeries around Dublin: maybe try rooting in their bins at night.

There is a whole slew of pre-natal vitamins that you should take to ensure your baby is born healthy, but there’s no way you can afford them and at this stage you’ve fallen so far through the cracks of society that the HSE wants nothing to do with you. So next time you see a Boots, try and rob some folic acid, vitamin D, and a maternal multi-vitamin. If you get caught, you’re likely to face a night or two in jail, which seeing as you normally sleep outside is a nice bonus.

3) Consider moving to a doorstep suitable for two

Dublin’s housing crisis is on the point of absolute meltdown, following years of savage cuts by successive governments who tend not to focus on the needs of groups of people who aren’t known to vote that much. As such you’re going to need somewhere to stay, and that doorway you’ve been using for a year isn’t going to cut it. Come on! That pokey little place was fine when you were on your own and homeless, it’s going to be far too small to raise a nipper in. Start looking for a two-bag doorway, or better yet, an alley where not many junkies shoot up.

4) Prepare your route for when you go into labour

When the time comes to give birth, the last thing you need is to start worrying about how you’re getting to the hospital! So make sure you have your route planned. Don’t count on ambulance services: cuts to the HSE mean those are pretty depleted as it is. Maybe it’d be best if you just camp out up the road from the hospital, from about 6 months or so? We have a feeling this baby is coming early.

5) Get as much advice as you can

You’re bound to have many, many more questions, and luckily there are many groups of people who have a huge range of answers. The Church, the Government, anti-abortion activists, pro-abortion activists, the public, online commentators… they all know exactly what you shouldn’t have done, and aren’t shy about telling you. Of course, none of this advice involves them donating to homeless charities such as Focus Ireland or the Dublin Simon Community, because that would involve helping someone rather than looking down at them.