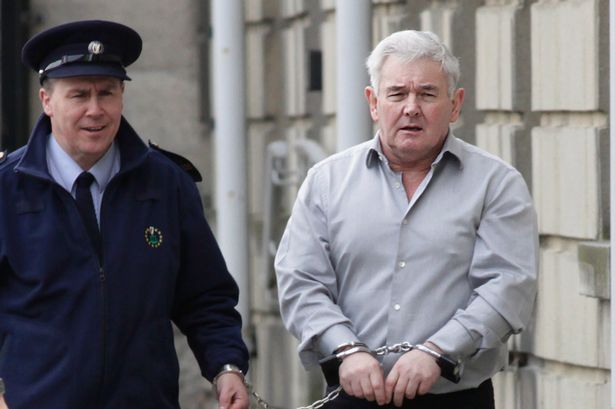 ON Wednesday the 5th of August 2015 WWN published a mock photo using the body of notorious criminal John Gilligan. This was an error. It is the intention of the WWN editorial team to offer its sincere apologies for any offence caused to Mr. Gilligan for this mistake.

To associate him with another individual and any widely circulated public utterances relating to that individual must have been an unpleasant experience for Mr. Gilligan, and we deeply regret this.

2009’s Defamation Act, has made it virtually impossible to hang the threat of litigation over individuals, while having the intention of ensuring the process is as drawn out and costly as possible. We trust this is an avenue that will not be explored by Mr. Gilligan following our profuse apologies.

For many Gilligan is most closely associated with the life and work of the journalist Veronica Guerin.

Guerin, in her profession as a journalist, suffered greatly in the face of Ireland’s draconian libel laws in the 1990s as lawyers repeatedly warned her of impending libel suits were she to publish accusations against criminals.

Deeming it in the public interest to learn of Dublin’s crime epidemic, Guerin was left with little choice but to directly confront notorious gangland figures for comments relating to allegations against them.

Had she not done so her stories could be prevented from making it to print as criminals could make use of libel laws to suppress the freedom of the press.

WWN is thankful that some 19 years later such tasking, restrictive and wile measures are not taken by individuals to suppress free speech in Ireland.