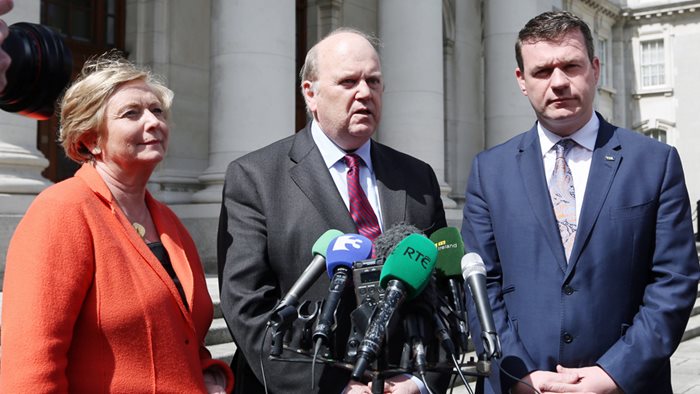 THE long-awaited August bank holiday weekend has been cancelled by the Fine Gael/ Labour coalition, who claim that due to non-compliance in regards to water charges, the Irish people “don’t deserve” a three day weekend.

The punishment comes following the failure of Irish Water to pass a crucial EU test after figures revealed that over 50% of users had refused to pay their water bills. The Eurostat failure means that Irish Water must continue to stay on the Government’s balance sheet: a considerable political embarrassment that spurred TD’s to nix the upcoming three-day weekend.

Thousands of people with plans for the long weekend reacted angrily to the news, with many claiming that they had already made travel and accommodation arrangements which are now null and void.

Many more quickly hustled to re-arrange social plans with friends, as going on the rip on Sunday night is no longer an option.

Minister for the environment Alan Kelly was in an unrepentant mood as he delivered the news this morning during a press conference outside Leinster House, stating that if the Irish people wanted to enjoy themselves then they had better get with the programme.

“Oh, look at that, you had a bank holiday, and now you don’t,” said a visibly furious Kelly.

“See how easily we did that? We just took it away from you, and there’s nothing you can do to stop us. Maybe if more of you lot had done as you were told and signed up for Irish Water, we wouldn’t have had to do that. This is all your fault, we don’t want to do these things, but you give us no other choice”.

Kelly went on to ask the Nation how much they valued the October bank holiday weekend, insinuating that it too might be axed if people didn’t “play ball”.