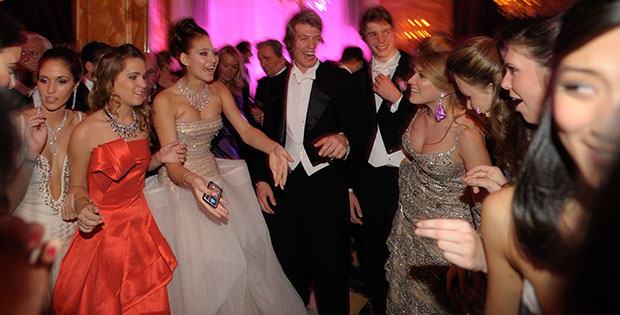 A NEW study by some of the countries leading education specialists has revealed that a large portion of Leaving Cert students are more concerned about their Debs ball than they are about their upcoming examinations.

The survey was taken over a wide range of students across the country, and revealed that even the most studious and bookish young people admitted that ‘this exam shit’ was wearing them down.

Most of those surveyed revealed that preparations for the traditional Debs ball, usually held from August to September, seemed to be ‘more fun’ than studying.

Figures suggest that a night of drinking and heavy-petting holds a much greater appeal for boys and girls aged 16-18, than a high-pressure examination on a litany of subjects they barely care about.

Up to 90% of young women would rather be concentrating on their debs hairstyles and make-up than on linguistics subjects, with a similar number of young men preferring to talk about getting shit-faced and maybe even getting the ride, than worrying about Maths Paper 2.

“It appears that young people have more interest in fun activities than they do in grueling month-long exams aimed at pigeonholing them for the rest of their lives,” said Colm Brady, chief statistician at the Irish Education Board.

“It’s almost as if these kids can’t turn off the part of their brain which makes them act like kids, and so things like drinking and smoking weed and dancing and shifting each other take precedence over things like Irish grammar”.

Students across the country were unavailable for comment, as they were calculating how much it would be to hire a limo while pretending to be studying.