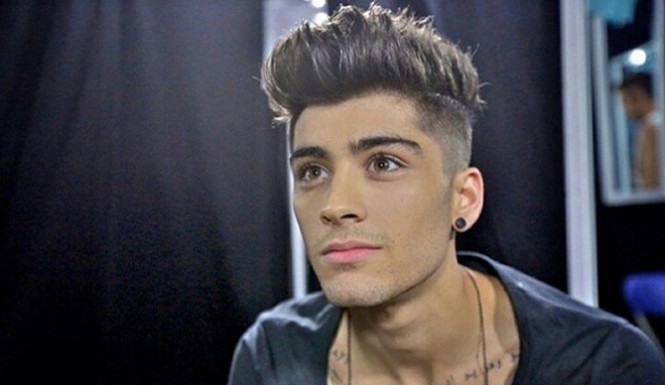 FORMER One Direction band member Zayn Malik has broken his silence this evening stating that he couldn’t bear another second of “those idiotic fans”.

Malik, best known for his ability to deliver a prearranged pattern of sounds using his vocal chords, told WWN in an exclusive interview in London today that he was “sick to death” of teenagers worshiping him and fellow band members like they were Gods, and urged Directioners to grow up for themselves and get a life.

“They’re just a bunch of screaming idiots who come to concerts to hear themselves sing over us,” said the 22-year-old man. “It’s not like we even write the songs ourselves. All we basically did in the five years was travel from city to city miming a bunch of words to children that meant nothing to any of us.

“It felt like I was in the Wiggles. All our half time show needed was some colourful looking idiot demonstrating how to make a dinosaur with some paper, glue and pipe cleaners”.

In the tell-all interview, Zayn explained that he had no control over what he did or said due to a tough regime controlled by music mogul Simon Cowell.

“Simon’s team controlled all our twitter accounts and even arranged girlfriends for us ‘that would look good for the media’,” he explained. “When he told me that I was going to be the bad boy of the group and that they were gonna pretend I had a drink and drug problem I was furious. I’m a Muslim and don’t even eat pork. Everything was lies, all lies. I don’t even have a girlfriend. Perrie was paid to say she was. I find her despicable to be honest.”

When asked what his future plans are, he replied: “Due to a contract clause I’m flat broke now, so my Uncle Siad is going to sort me out with some building work on the sites during the Summer. Simon generously delivered seventy thousand dolls of myself to my house, so I’ll probably sell a few of them on the high street for a while.”

“Robbie Williams and Brian McFadden were on to me to form a super group, which I have to think about. It’s early day’s yet.”

Meanwhile, the fan reactions to the split has reached epidemic proportions here in Ireland. So-much-so that the minister for education has called for this year’s Junior and Leaving cert mock exams to be rescheduled in a bid to let teenagers mourn the loss of Malik from the group.

Childline has also urged fans to stop calling their centre as it was not capable of dealing with the fall-out.