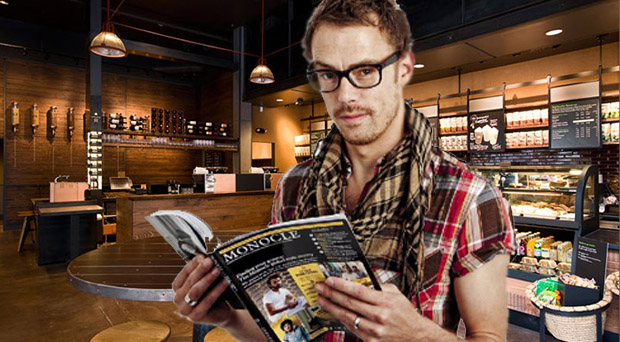 A COUNTY Waterford man has today lambasted individuals reaching out to the media about their mental health issues, claiming the trend has far outreached its sell-by date and that they should latch on to whatever else is the next big phase.

Turlough Cunningham told Waterford Whispers News that he was “sick to death” of hearing about celebrity’s problems, pointing out that the whole depression thing was good while it lasted, but it was time everyone moved on.

“You know, I was depressed before any of these people began realising it was ‘in’ at the time,” said the self-confessed Hipster, as he plonked two brown sugar cubes into his double espresso Romano. “What makes me sick is all these famous people jumping on the bandwagon, trying to steal everyone else’s thunder. So much so that now everyone has realised it’s old news; like X-Works jeans or parka jackets”.

Cunningham, who admitted to never been clinically diagnosed with depression or ever actually feeling down, urged people to ignore ‘abusers’ of the ‘so-called’ affliction.

“They’re only looking for kudos from people; wanting them to call them brave or inspirational,” he added. “It’s a shame, because depression can be useful when you have it. I got six months paid leave from work when I told them I was depressed. Ended up going on four holidays.

“In fact, you could say: being depressed was probably the best time of my life”.

Further critiquing the growing trend while hand rolling tobacco in a liquorice cigarette paper, the great grandson of eight also slammed Irish broadcasters for milking depression segments by passing them off as ‘awareness’.

“Surely everyone must be fucking aware at this stage man,” he went on, making sure the entire cafe heard his ignorance. “How about making people aware that this whole depression malarkey is out of fashion?

“OCD is the new BD (Bipolar Disorder), people. Get with the program!”

Finishing his espresso with a rather arrogant and erect pinky finger, Turlough looked around the cafe in search of acknowledgement, only to find several cold dead stares laced with loathing.

“Lighten up lads ta fuck,” he concluded before leaving. “It might never happen.”