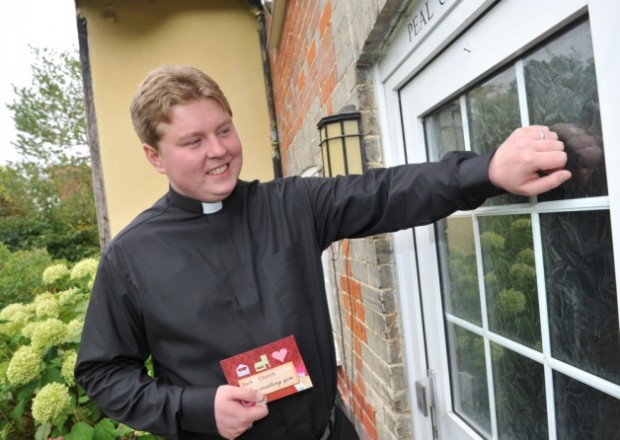 THE Vatican confirmed what has long been suspected by a number of people: they are paying commission to priests for every person they convert to Catholicism.

These latest measures have been introduced to combat dwindling numbers attending church and an increase in numbers leaving the religion.

“We can’t deny that we’re in trouble, and that we need new followers. We’re not picky,” explained Cardinal Damien Lombardi, head of the Catholic Recruitment Network.

“We have incentivised this process, allowing our priests to make a little extra on the side,” added Lombardi.

The Vatican was forced to admit its policy as priests are increasingly found knocking door-to-door trying to convince non-Catholics to sign up to the faith.

“Our terms and conditions are actually a lot less complicated than the like seen on Facebook and iTunes, so the response has been positive enough, we just look for a commitment to throwing in a few euro into the church collection each week,” explained Lombardi.

Some priests here in Ireland are reportedly earning as much as €1,500 a week signing up new church members, but the system is not without it’s flaws as one investigating Garda explained.

“We’ve heard of one priest in Cork who excommunicates members of his congregation for the smallest of sins, say, like having sex before marriage, and then he has a Dublin priest friend who knocks around to their houses with a ‘special introductory offer’ and they split the commission,” explained Garda Tom Walsh.

There have also been several scuffles between priests and rival door-to-door deity pushers the Jehovah’s Witnesses as they fight over sales territories.