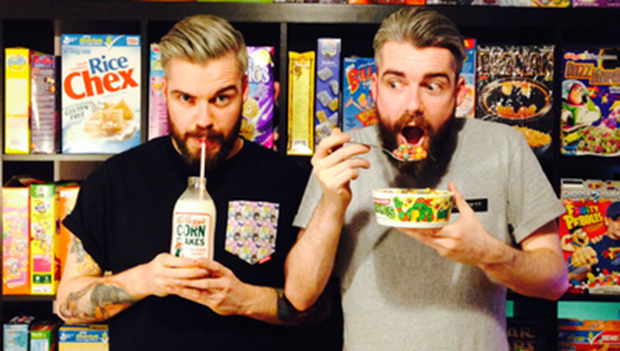 THERE has been widespread condemnation of members of the hipster movement who wish to run profitable businesses and create employment, following the opening of the UK’s first cereal cafe in London.

The cafe, which sells 120 variety’s of cereal served with 20 different flavours of milk, recently opened in the Shoreditch region of London, creating a fun environment for people looking for something original, as well as much needed employment in the area.

However the business was met with harsh criticism from many sides since its announcement, as the owners and operators are a pair of bearded, vinyl-record playing, skinny-jeans wearing fucking hipsters.

Belfast natives Gary Keery, along with his twin brother Alan, endured an intense social media backlash for months before the cafe opened, by people who don’t want hipsters to spend money and stimulate growth in the economy.

The media has jumped on this anti-hipster movement, with Channel 4 sending a reporter to the cafe to ambush private business owner Keery, to ask him what the fuck he was doing, setting up a private business and charging money for products and services.

“Hipsters, know your place in this life, ” said Malcolm Harding, one of London’s most vocal anti-hipster activists.

“A hipster job is to hang around trying to look cool, giving us normal people something to sneer at as we go about our day. There’s no place for you as a productive, entrepreneurial member of society who creates a thriving business from scratch. Fuck off and get a job in HMV or something”.

Unperturbed by the mounting calls for their type to be banned from running businesses, the Keery brothers were busy today at their bustling breakfast bar, which was full to the brim of similar hipsters who wished to eat cereal in a cafe before it stopped being cool.