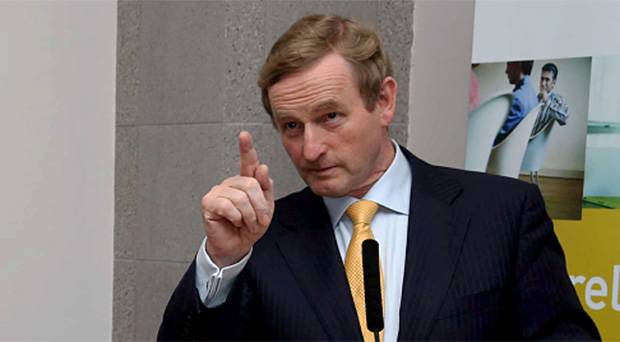 RUSHING through emergency legislation after a late night Dáil sitting the Government secured the votes it needed to ban all mention of Irish Water on today the 7th of November.

“We just needed a fucking break from it to be honest,” explained minister Alan Kelly at 11:58pm last night, “listen get your questions out of the way in the next two minutes before it becomes an illegal act”.

Anyone who attempts to question Government TDs about Irish Water today will be subject to prosecution under the emergency legislation. This is only the second time this kind of legislation has been fast tracked, the other time being in the 80s when the country wouldn’t stop pestering their TDs in order to find out who shot JR despite TDs having no way of knowing.

“It’s been a great strain on us recently, being constantly questioned,” added Taoiseach Enda Kenny at 11.59pm on the steps of Leinster House.

“17 Government TDs have now developed aquaphobia and are being treated for their fear of water, it’s a real tragedy and I’ll tell you one thing about Irish Water,” the Taoiseach said before refusing to finish the sentence as the clocks struck midnight.

There was no time to ask if it the rumours that he was one of the TDs who was suffering from a fear of water were true. However, many papers speculated it to be the case after photos of the Taoiseach crying as he tried to avoid stepping in a puddle were circulated amongst the media.

Protesters will be allowed to resume their inspiring and monotonous slogan chanting as of midnight tonight.