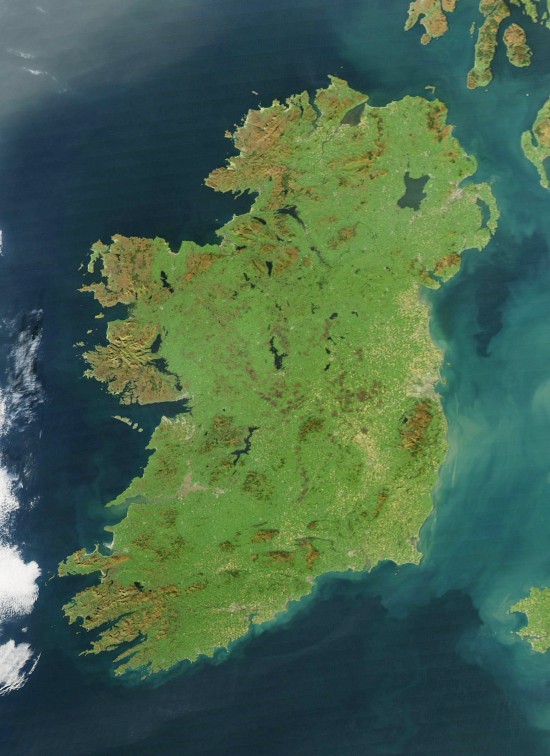 WWN knows it is important for Ireland to be an open, welcoming and integrated society, but the reality on the ground can often be radically different. Reports of racist attacks were up by 114% for the first six months of the year. In our latest ground breaking study, we look at Ireland’s counties and ask the question: How racist is your county?

Trailblazing counties such as Sligo, Wexford, Derry, Wicklow, Kilkenny, Offaly, Longford, Fermanagh, Laois and Monaghan are surprisingly not that racist. Modern Ireland is alive and well in these counties where it is quite common for parents to admonish their children for ‘staring at the black baby’. Old people, known the world over for at times hilariously racist comments, are well behaved in these counties as they refuse to leave their homes out of fear. A sign of integration is the high density of Chinese and Indian takeaways in these counties.

Mayo, Kerry, Galway, Limerick, Meath, Tyrone, Cavan, Down, Westmeath, Roscommon and Louth are quintessentially ‘quietly racist’, utilising a well worn technique of telling their friend ‘don’t look now, but’, residents of these counties have tried to repress their racist tendencies, but can’t help but think that maybe, just maybe, Ireland would be a bit better if, well, you know, ‘they’ weren’t here.

3. And Let Me Tell You About Those Nigerians (Racist Rating: 7-9)

Leitrim, Dublin, Waterford, Tipperary, Antrim, Armagh, Donegal, Carlow, Kildare, Clare, are all guilty of knowing everything that is wrong with this country is the fault of the Nigerians. There is no sugar coating it, communities have been decimated by the Nigerian’s ability to set up Irish Water, event Irish emigration to Australia and putting all those shite shows on 3e. Chances are people in these counties refuse to set foot in foreign man’s taxi, because, well, obviously they’re going to kill you.

Cork stands alone as Ireland’s most racist county. However, their rise to the top of the racism ranks is due in no small part to the great racism boom of the 80s when it was considered acceptable and normal to be racist. Cork, afraid Dublin would steal its thunder and its women, set about becoming the best county at racism, a trait which has continued to this day.