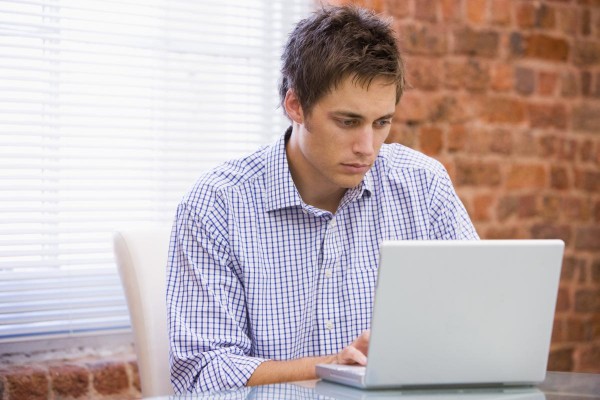 WATERFORD has been rocked by a scandal involving a level of dishonesty not seen in the city since dishonesty records began in the early 1800s.

WWN can exclusively reveal that Dunhill man Barry Gilchrist typed ‘LOL’, the popular internet acronym for ‘laugh out loud’, in a comment below a friend’s Facebook status despite the fact that he was not actually laughing.

“We’re looking into the issue as we speak but obviously this is a hard thing to verify,” read an official statement from Facebook creator and CEO Mark Zuckerberg.

While Barry is not the only individual guilty of such a dishonest and heinous crime, the science behind tracking down those who are carry out insincere LOL-ing is still in its infancy.

“It was only three short years ago that scientists were able to prove that you can only actually laugh ‘out loud’, it is actually the only form of laughing in existence,” revealed social media expert John Jansen.

There are of course tragic and unintended consequences that arise from fake LOL-ing which perpetrators such as Barry never fully expect or intend.

“A lot of people get a natural high from having someone laugh out loud at a comment, video or picture of theirs online. When someone, who is let’s say a heartless lying bastard, pretends to LOL they often cause horrific life damage,” Jansen explained.

20% of insincere LOL recipients take up an ill-advised career in comedy after receiving what they believed to be genuine laughs.

Barry has yet to issue a full and frank apology, but it is thought to be the only thing that can prevent a lengthy prison sentence.

Following an intervention by the FBI in America, they were able to garner interesting facts from researching insincere acts of LOL-ing.

“It’s a real sick fuck who chooses to fake his LOLs,” explained FBI agent Harry Kline, “typically in the more serious cases the individual will also say ‘that’s funny’ instead of laughing in face-to-face conversation with friends. 76% of these people go on to become serial killers too”.