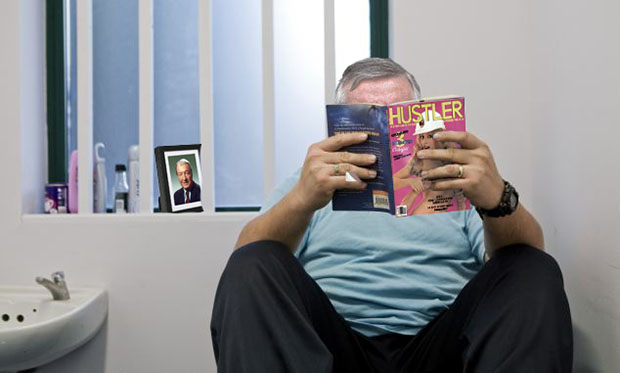 Mr. Callely, who was convicted of fraud last week, has also kindly agreed to buy various items of jewellery for his cell mate, Kenny, who is doing a life sentence for a series of sexual assaults.

“Since going inside, Ivor has become very friendly with Kenny.” said a Callely family member today. “They do everything together, and he has offered Ivor protection against the other inmates.

“It’s great to see a serial rapist turn himself around like that and give something back to his fellow cellmate. Sure Ivor won’t feel the time going in there.”

The former Fianna Fail TD was sentenced to five months in prison for fraudulently claiming a total of €4207.45 in mobile phone expenses during his time as a senator, using six doctored invoices.

It is understood he may be eligible for early release in November. However, Mr. Callely said he is determined to do the full stretch, even if the opportunity to leave arises.

“He said he loves it in there and is making loads of friends.” said a friend who visited him yesterday afternoon. “Although he did look nervous sitting on his cellmates lap in the visitor booth. So nice of him to guard him like that though. I’m sure he’ll be fine.”