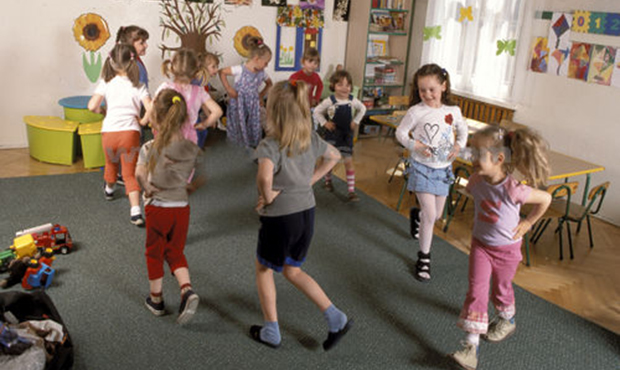 A NEW report published today has highlighted excessive twerking to be the number one cause of lower back pain in children under eight. Acute disorders of the lower back were found to be prevalent in practitioners of the common dance move, made famous by pop musicians such as Rihanna and Miley Cyrus.

The study was undertaken by the Musical Injury Research Group, and also contained details of a German who suffering a brain haemorrhage following excessive head-banging at a MotorHead concert, as well as a higher rate of Crohn’s disease among fans of Michael Buble.

“Kids will always imitate what they see on TV, ” said MIRG spokesperson Sonia Blade, referring to the dance move in which the dancer aggressively gyrates their buttocks in a sexually suggestive manner.

“In younger children whose spines have not yet fully formed, this can lead to acute Lumbago and even Scoliosis in extreme cases. We’ve seen kids coming in here that are bent 90 degrees at the waist, unable to rectify their posture”.

One such child was 7 year old Ella Jackson, attending the clinic with her mother Samantha. WWN spoke with Mrs. Jackson about her daughters painful lower back condition, which she believes was exacerbated following Miley Cyrus’ recent “Bangerz” show at the O2 in May.

“I brought Ella and her friends to see Miley, and since then she’s been in awful agony” said Samantha, when asked about bringing her young daughter to the highly provocative singer’s appearance in Dublin.

“All her friends are suffering similar injuries. I think it’s a shame, because they are such fans of Miley, and Rihanna and Lady Gaga… basically any scantily-clad young female singer they see on constant rotation on music channels in the middle of the day. And like any young girls, they love to imitate their idols, which leads to them suffering these awful injuries”.

“But what can you do? ” She mused, as her daughter was fitted with a back brace. “It’s not like I can do anything to stop them. You don’t want to be the type of parent that tells their kids they can’t do anything”.