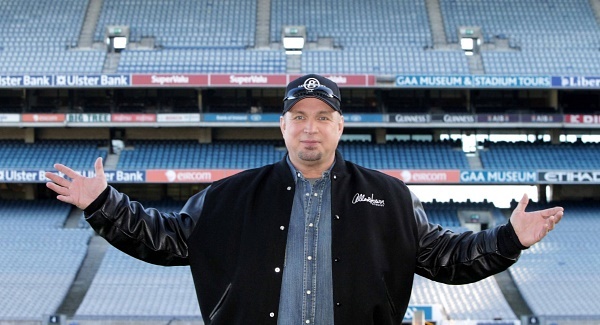 Distraught Garth Brooks fans have reacted angrily to the decision by Dublin City Council to only grant 3 of the 5 Croke Park concerts with licenses, meaning as many as 160,000 people will be denied the chance to see their beloved country music star in action.

“The real winner here is music,” explained a member of the council whose decision it was to only grant 3 licenses, “after careful consideration and testimony from expert witnesses we came to the conclusion that if local residents were subjected to 5 nights of the music of Garth Brooks we could be arrested by the International Criminal Courts in accordance with the Geneva Convention”.

While this may seem bizarre it appears it is entirely accurate, a psychological expert consulted by the council stated 5 nights of Garth Brooks music is technically torture on a scale not witnessed since World War II.

“It would render an individual incapable of ever listening to music again and so I recommended music be allowed to triumph in this case,” explained Dr. Hugh Jansen.

The army has been drafted in to cope with the deluge of petrol bombs currently being thrown at the council offices by country music fans believed to be in their late 50s. One councillor is currently unaccounted for at this moment with fears that he is being made listen to Brooks seminal ‘No Fences’ album on repeat by enraged fans.

Tickets for the two concerts that look set not to go ahead are fetching as much as €3.49 online while T-shirt vendors who spent vast amounts of money on merchandise for the event are said to be devastated by the news.

Alternative venues have been lining up to replace Croke Park with Tramore GAA offering the use of their facilities, citing a great ‘family fun day’ the club held in 2012 as proof that they can handle large scale entertainment gigs.