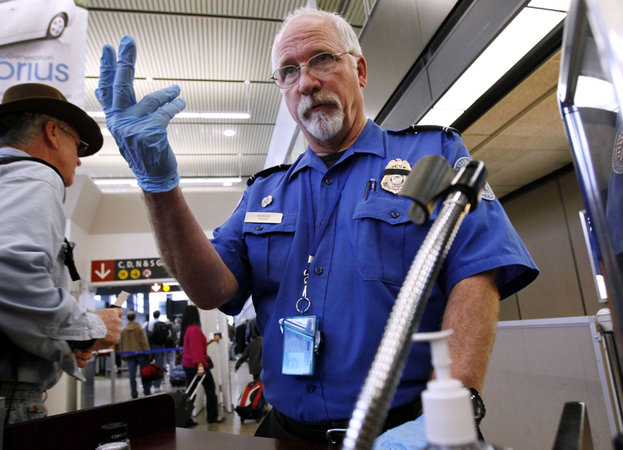 In the 24 hours leading up to America’s Fourth Of July celebrations, a number of freedom reducing, freedom enhancement measures will be taken in the country’s airports.

“We will continue to adjust security measures to promote aviation security without unnecessary disruptions to the travelling public,” Johnson said.

American airports are expected to maintain their ‘permission to step’ policy which sees people entering airports ask permission to take a step in any direction. A panel of security experts and TSA agents are convened to discuss each step request on merit before allowing the requested step take place. This is then repeated for every subsequent step.

The specific measures have not been revealed, but rumours have been fuelled following the leak of an internal government memo, which stated ‘they will have to poop in a bucket’. Why the ‘pooping’ is needed is not yet clear, but many news outlets have speculated that terrorists are finding yet more ways to carry out attacks, with Homeland Security refusing to rule out lacing laxatives with explosives.

“If we have to be stopped every time we enter an airport and be searched, questioned and molested by TSA agents as well as having all of our communications intercepted by the NSA in order to be free, it is but a small price,” claimed political commentator Fred Bullock.

Recent changes to American law that were upheld by the Supreme Court also state no American citizens born on the fourth of July can be given ‘Muslim sounding names’.