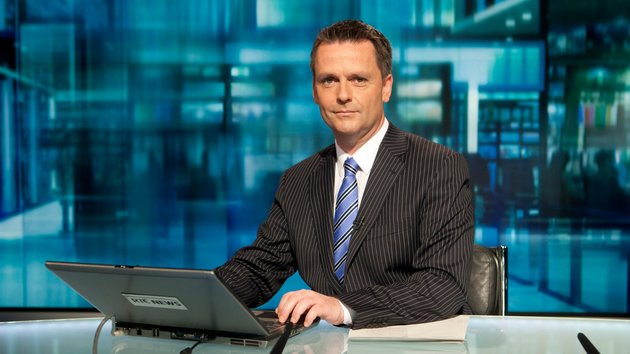 WWN has today learned that the Catholic Church has called to remove the Angelus from its coveted prime time spot on RTÉ following the wedding of Aengus MacGrianna to his long-term partner at the weekend.

49-year-old MacGrianna, who was walked down the aisle by former RTÉ colleague and close friend Anne Doyle, married his boyfriend of ten years Terry Gill in an intimate ceremony at Ballymacgarvey County House and Estate.

The joyous union, which at the time of publication was causing no ill effects to any facet of society in the slightest, is being treated as the final straw by members of the church who see it as a further undermining of the fundamental Christian morals on which RTÉ was founded. In retaliation, the Church intends to strip the state broadcaster of the rights to air The Angelus, the longest running TV show in Irish history.

“Two lads marrying each other in a fuckin’ hotel, are you fuckin’ having me on, hi” said Monsignor Pete Muldoon, chief spokesperson for production company Vaticantastic TV.

“RTÉ have shat all over the St. Bridget’s Cross for the last time. There was a time when they were a friend to the church; maybe turn a blind eye to the odd scandalous headline or two. But now, their leading anchorman is a gay lad who got married to another gay lad? And they think we’re going to let them keep the Angelus? Fuck that”.

RTÉ have responded to the news by announcing they have no notion of taking any action against MacGrianna, and have conceded the loss of Ireland’s number one bell-based show.

The announcement also stated that the Six-One News will not be re-named, and that they would just show another ad or two to make up the time. Mr. MacGrianna, honeymooning in Greece, was unavailable for comment.

In a further shocking development, rumours abound that rival station TV3 are about to make a multi-hundred euro bid to secure the rights to the prestigious religious programme. The beleaguered broadcaster, licking it’s wounds following the loss of Coronation Street and Emmerdale, is expected to relaunch the Angelus with a fresh new look in the Autumn.

This fresh take is said to better represent modern Ireland, and will replace the familiar “gong” sound with the “bwaaam” from the Inception trailer, set against scenes of people emigrating, protesting against the installation of water meters, and watching crime based programmes on TV3.