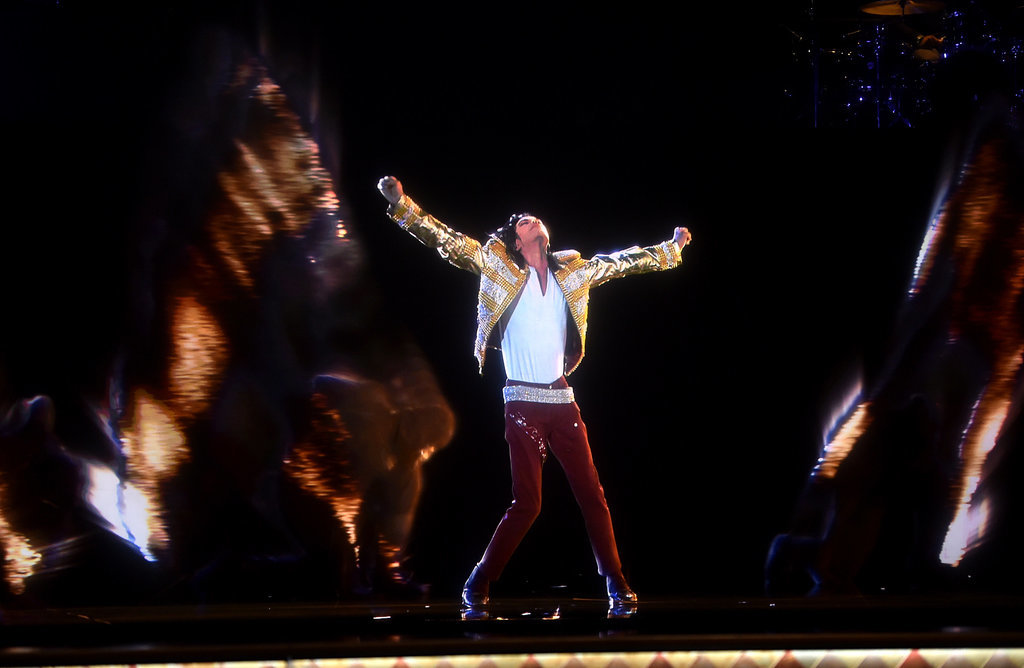 The Billboard Music Awards were marred by controversy last night following the much anticipated appearance, via hologram, of the late pop legend, Michael Jackson.

Jackson, who passed away in 2009, appeared on stage in an uncannily realistic form, performing ‘Slave To The Rhythm’ a song from his posthumously released album Xscape.

While wowing a crowd of a list celebrities with his trademark dance moves the performance took a turn for the more worrying. Jackson’s hologram, leapt from the stage onto his knees much to feverous delight of the crowd, only to then grab a nearby child and flee the auditorium.

Police confess to being baffled by the kidnapping with those in charge of the investigation admitting they would be unable to officially charge Jackson as he was hologram.

“There are no powers in place that would allow us to charge or imprison a digitally constructed hologram,” ashen-faced Sergeant Frank Hilton admitted, “but we are still on the look out for little Brian and we hope the public can help us.”

Speculation as to the whereabouts of Jackson has dominated social media trends these past 24 hours with guesses ranging from ‘his secret sex dungeon’, ‘the top of the empire state building’, ‘an alternative dimension’ and ‘Bubble’s tomb’.

Organisers for the Billboard Music Awards have been unequivocal in their response. “We remain devastated, thinking about little Brian out there on his own with Michael, it’s not something we want to even contemplate,” a tearful Harry Dubois relayed to assembled media.

“Were we short sighted in booking Michael Jackson’s hologram? Yes. We will compensate the family affected? Yes. Did we know that for a hologram to become fully human again, it must harvest on the internal organs of a child? No. And for that we are sorry.”

Despite this tragedy, thankfully Jackson’s album sales have remained steady which could lead to more dead recording artists entering the hologram and/or kidnapping market.

Jackson’s actions sit in stark contrast to that of another prominent hologram, Tupac, who, after his comeback fled the limelight to open a small but successful vineyard in the south of France.