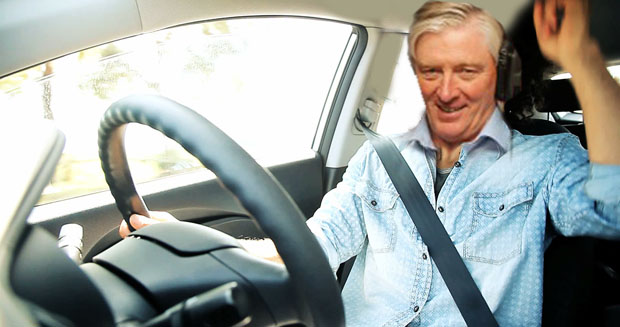 FORMER Late Late Show host and current presenter on Newstalk Pat Kenny was this morning spotted by commuters just “rocking the fuck out” while waiting at traffic lights.

It is believed that Mr. Kenny was on his daily journey from his home in Dalkey to the Newstalk studios in Dublin city centre when he met with heavy traffic around the St. Stephen’s Green area, where he waited in his 141 BMW at a traffic junction for approximately 8 minutes. It is at this time that the normally reserved 66-year-old exclaimed “TUUUUNE” and turned his radio up to full volume before lip-syncing along to the Starship classic “We Built This City”.

“I was in the next car over, and the traffic was a nightmare” said Pete Morgan, who was on his way home after a night shift. “I looked to my right and thought to myself… that’s Pat Kenny! I was going to roll down the window and say hello, but that was when Pat started to rock the fuck out.”

Morgan went on to describe the nature of Mr. Kenny’s sweet rockout, which didn’t stray far from the standard traffic jam rock-out procedure.

“First, there was the drums” said the 23 year old father of nine.

“Mr. Kenny bit his lower lip and closed his eyes while bashing out the beat on the steering wheel with his two index fingers. Then he sang into the rear view mirror, pointing and clutching his heart as the tune went on. This led into the chorus, where he held both his fists at around shoulder height and moved from side to side”.

It is believed Mr. Kenny was celebrating the recent JNLR figures which saw an increase of 18,000 in listeners for his Newstalk show.

Passers-by were stunned to see the normally unentertaining presenter go for the high notes during his bitchin’ rock-out, as well as shred the guitar-solo on air guitar before being beeped by the car behind to drive on as the lights had changed.