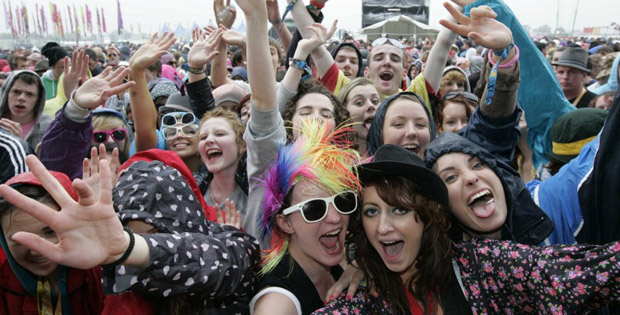 THOUSANDS of Oxegen festival fans were left in turmoil today after promoters announced the event will not go ahead this year. MCD stated their decision to terminate the festival was down to a lack of headline acts.

However, many dedicated fans of the festival have vowed to attend The Electric Picnic instead, worrying many thirtysomethings across the country.

“Great, there’s going to be some shower of tossers at Lecky Picnic this year. Fuck it anyway.” said husband of one Mark Clancy. “I knew it wouldn’t last before the kids started invading the place with their neon wrist bands and stupid whistles. I’m definitely not bringing my son Fiacra this year. Totes devo I am.”

Oxegen has been Irelands biggest music festival every year for the last decade, featuring some of the best acts the world has ever seen, including David Guetta and Pink. The knock on effect of the cancellation is expected to cost millions in lost revenue to the local economy and underground narcotic sales.

Coke and ecstasy dealer Ken Rogers told WWN that he may have to attend Electric Picnic this year in a bid to cover himself through the Summer period.

“The Picnic crowd aren’t great for consuming, but I’ll have to make a go of it anyway.” he said. “Hopefully there will be a few Oxegen heads at it this year.”

Electric Picnic is due to take place at the end of August in Stradbally, Co. Laois.