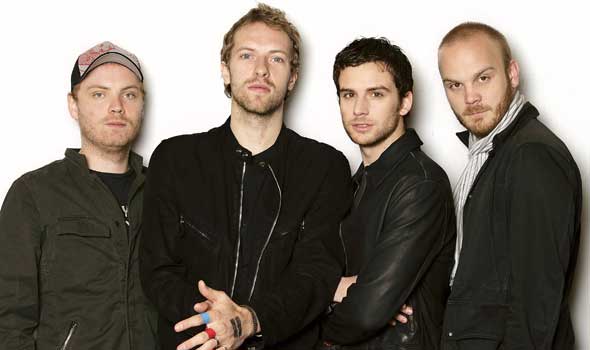 British music band sound-makers Coldplay have come back into the spotlight in a very polite and conscientious manner, careful not to disturb anyone nearby who isn’t a big fan of loud and sudden noises with their perfectly acceptable new single called ‘Magic’.

WWN sat down with the band to find out what they have been up to and what suitably pleasant plans they have for future. Coldplay turned up a full 30 minutes early just to remove all possibility that any delay befalling them would result in them being late.

“We had a big decision to make with this new single,” shared asexual lead singer Chris Martin, renowned for his voice which is somewhere between bearable and enjoyable. “There was a real danger we were going to alienate some of are fans as we were initially going to spell Magic with a ‘k’ instead of a ‘c’,” the normal looking singer explained.

Coldplay, decided against ripping up the pop music based spelling book, reverting back to the original spelling of magic a terrifying 3 months before the single’s release.

“Talk about leaving it til the last minute,” said band member Guy Berryman, coaxing a number of seconds of not too loud laughter from his follow band members, “at one point I’m pretty sure I asked Chris politely ‘are you mad?’ and he said he wasn’t, which was a relief.”

Coldplay have been promoting their upcoming album through magazines and radio stations that are welcoming to their music, but admitted at first it had been a source of intense debate.

“Well, I said I think Midnight should be the lead single and then Chris said I think it should be Magic so we voted on it and Magic received 3 votes and Midnight 1 so that is why we released Magic first,” shared an almost animated drummer Will.

“People had said we went too heavy and rock ‘n’ roll with our duet with Rihanna,” admitted the other one, “so we made a real attempt to turn down the volume by several decibels to that acceptable level where it doesn’t bother anyone. God, the last thing we’d want is that our fans would be given out by neighbours for listening to music that was far too loud”.

Coldplay are set to tour the world later this year where they are expected to use lighting, visual stimulus and perhaps fireworks all in an effort to provide people with a thoroughly enjoyable show that represents value for money.