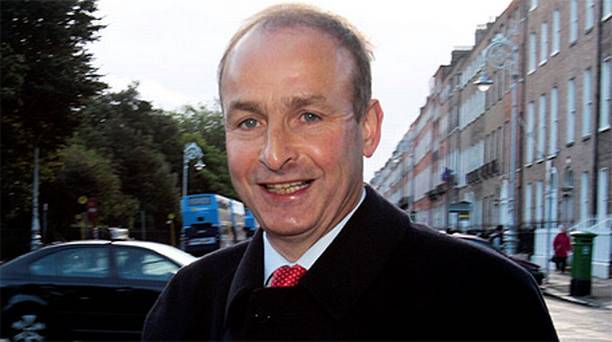 The political world was shocked yesterday when rumours first emerged of Fianna Fáil leader Micheál Martin being engaged in a very public meltdown resulting in him being rushed to a psychiatric unit in an Irish mental institution.

In what some are speculating was a ‘Twitter meltdown, but actually in public in real life’ Micheál Martin, clearly unwell, claimed Ireland needed Fianna Fáil more than ever.

Martin, who was a government minister during the boom years only to rescind ministerial responsibility and memory following the bank guarantee, made these latest claims at the party’s MEP selection convention.

“I knew something was wrong the minute he opened his mouth,” shared Fianna Fáil party member and eye witness Gearoid Farrelly, “it wasn’t so much he was speaking in tongues, but when he said Ireland ‘needed’ Fianna Fáil I knew he had become completely untethered from what you or I would refer to as reality.”

An ambulance was immediately called for Micheál Martin by a concerned onlooker, but the assembled crowd dared not approach the party leader for fear he may lash out, so they allowed him to carry on speaking operating under a thinly veiled pretence that he was talking lucidly.

“Obviously the mental health of Micheál is our paramount concern in this instance, but yes in future the party is looking to put an embargo on any speech or words that would suggest even the slightest association of a Fianna Fail in power with a healthy Ireland,” shared party colleague Willie O’Dea.

Paramedics who first arrived on the scene spoke exclusively to WWN. “I’m only in the job a year, but yeah, it was quite frightening really, a 53 year old Male was acting irrationally. We have to assess whether he was a threat to himself or others and once he started trying to apply logic to Fianna Fáil we placed him in restraints and as far as we know he is Dundrum Mental Institute today,” shared paramedic Geoff Doorley.