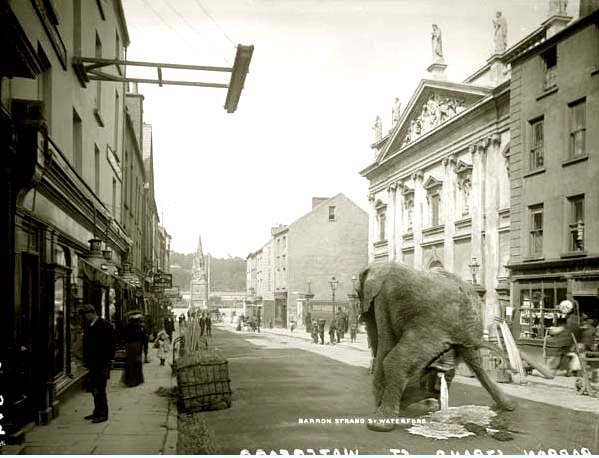 Contrary to popular belief, Nellie the elephant did not voluntarily ‘say goodbye to the circus’.

After a brief visit to Waterford city, Duffy’s ringmaster Charles Duffy, Jr decided to take off in the early morning and leave the 42 year old Indian elephant behind.

For two long years, Nellie wandered the streets of the busy port town before she eventually realised that her master was never going to return.

Locals at the time said the animal looked very depressed and then one day just decided to take off, leaving only a trail of urine puddles in her wake.

One eye witness stated: ‘Off she went with a thrumety trump, trump trump trump!’

A few years later in 1929, Nellie’s carcass was found spooning a large oak tree at the bottom of the Commeragh mountains, where she was later buried by the local council.