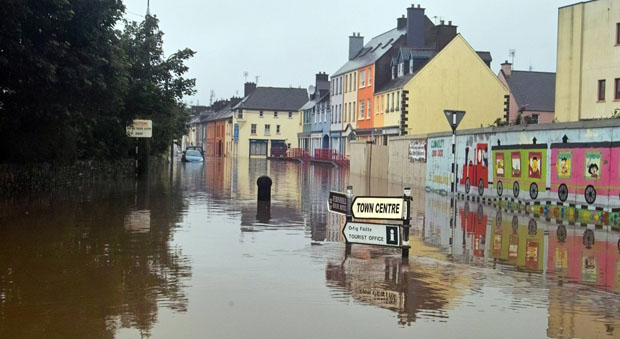 Cork natives have been quick to dispel rumours that the current floods they are experiencing are in some way inferior to any floods Dublin has been subjected to.

“Ah c’mon our floods are class, much better than anything that shower in Dublin could come up with,” shared local county councillor Gregory O’Connor.

“Sure, just look at me, I’m up to my waist in the water. Those lazy feckers probably have the Fire Brigade called out after an overturned glass.”

While there is little doubt that Cork has experienced serious and damaging floods, it seems many locals have been at pains to stress how much better their flooding has been.

“The quality of flooding here in Cork can’t be found anywhere else if we’re being frank,” opined local businessman Freddy Dillon.

Blogs have reportedly popped up online accompanied by countless photos of the damage the severe weather has caused in Cork’s city centre while contrasting it Dublin’s major streets.

A poll on one of the blogs gives the option to vote on which county has the better floods; Cork or Dublin with the possible answers provided in the poll as ‘Cork’ and ‘Cork’.

Britain is set for an onslaught of bad weather but Jesus don’t get us started on that shower.