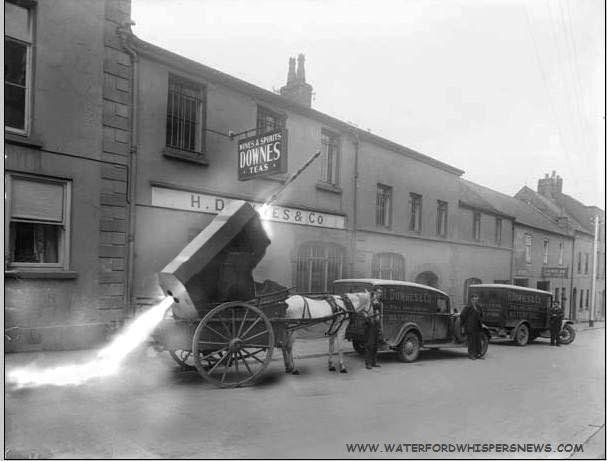 During the ongoing struggle for independence, large numbers of specially trained palomino ponies were smuggled in from Libya to aid in the Irish Republican brotherhoods logistical weapons programme.

The horse drawn launchers were cleverly disguised as vats of Downes’s No.9 whiskey, so as they could move easily from location to location without been detected by the evil black and tans.

It is estimated that 297, 000 British soldiers were directly killed by the missiles.

After the truce of 1921, many of the horses who were used to draw the missile launchers were decommissioned and left to roam the streets of Waterford to fend for themselves.

Alcoholism soon ensued, and it was later decided by the people that the drunken horses were to be humanly destroyed and processed into chum.

This is the only known photograph of a horse drawn missile launcher in action. Unfortunately, this one accidentally killed 12 innocent Kilkenny people who were on their way to Ballybricken Mart.