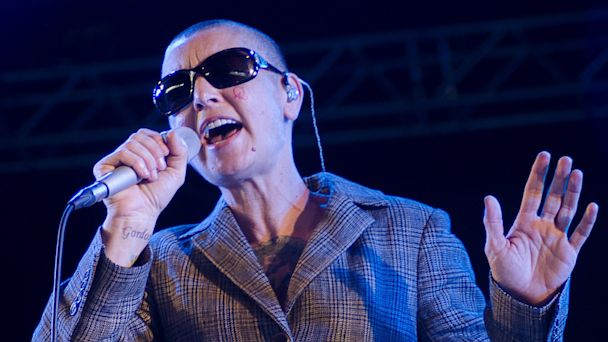 A MIDDLE AGED Irish woman, who recently had her ex-boyfriends initials tattooed to her face to remind her how stupid she is, has secretly given free advice to a deranged American teen publicly on the internet.

Recluse singer songwriter Sinead O’Connor posted the open letter to pop sensation Miley Cyrus on her own website, saving herself €1.50 on postage.

The letter, which warns Cyrus about the dangers of the music industry, is the first public statement from O’Connor in over three days, leaving many here wondering where she has been all this time.

“I thought she fell off the face of the planet.” said one twitter user. “Its very unlike her to come out and make such sensational comments like that.”

“I hope her advice reaches Miley Cyrus before the poor girl cascades down that crippling whirlpool of musical prostitution.”

In the personal message, written for Ms. Cyrus’ eyes only, she warns about how the music business doesn’t give a shit about anyone, stating: ‘ It will prostitute you for all you are worth, and cleverly make you think it’s what you wanted…

‘And when you end up in rehab as a result of being prostituted, ‘they’ will be sunning themselves on their yachts in Antigua, which they bought by selling your body and you will find yourself very alone.”

This reflecting O’Connors own past torment with absolutely every abuse imaginable.

The hard-done-by star is expected to recluse again for another few days, until something new pops up in the news that she can get her name attached to.