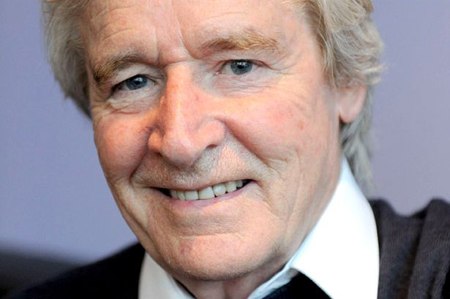 The 80-year-old, who has played Ken Barlow in the ITV soap for more than 50 years, told Waterford Whispers News that he was absolutely ‘shattered’ from making your mum perform numerous sexual acts on him and apologised if she seemed to be walking a bit funny today.

“Sorry, but I just had to punish that ass.” said Roache, as he fixed the crotch area of his pants. “Some of the things I done to her last night are best left unknown.”

Roache, who shocked fans last year by saying he slept with thousands of women, was not prepared to give out the full details of his sex session last night with your mother, but did reveal that he humiliated her in “the best way possible”.

“All I’m saying is that she took it with a smile on her face.” he smirked.

Roache went on to call for a more relaxed approach to mother fucking and urged people to ignore the stigma behind it.

“It’s not like I forced her to do all those demeaning, disgraceful positions.” he concluded. “I just hope she doesn’t hate me when I don’t return her calls later.”

The actor is expected to sleep for the majority of  the day before waking up later to bang someone else’s mom.