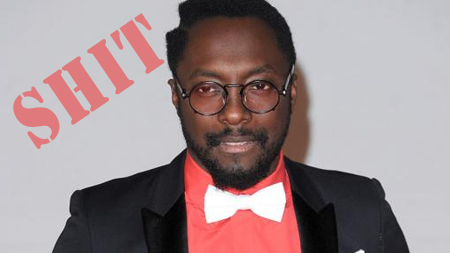 Reach for the Stars — not to be confused with S Club 7’s smash hit — made history as it became the first ever song to be played on the red planet.

A disappointed NASA said that the song sounded exactly as it did when played here on earth, crushing the hopes and dreams of thousands of brutal musicians around the world.

“At least Will.I.am can say he reached number one on the Martian charts!”

NASA chose the track for its lack of substance and cheesy lyrics, and hoped it would somehow sound more pleasing to the ear when played through the thin atmosphere on Mars.

The singer tweeted the bad news on his Twitter feed, stating: ‘Unfortunately, my track Reach for the stars is still shit on Mars. Thanks to everyone for their support over the years.’

It is believed the 37-year-old will announce his retirement from the music industry later this week to persue a career in retail management.