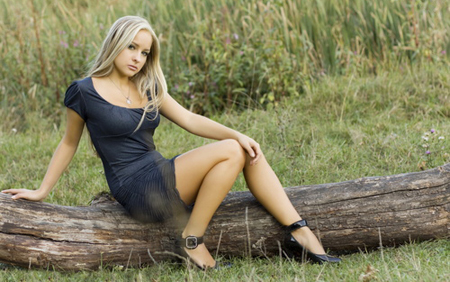 THE untimely death of 21-year-old Jessica Harris last Tuesday evening was said to be even ‘more tragic now’ after images released by her family reveal what an absolute ‘fine thing’ she really was.

Thousands of people across the country have swamped national newspapers and internet forums with condolence letters and comments voicing their absolute disgust at the loss of the very pretty young girl.

‘Such a beautiful face. So young and fresh. It’s at times like these that make you question your faith in God.’ wrote one man.

Another man couldn’t believe how tragic the story became after seeing her picture.

“I heard about the story on the radio and didn’t think too much about it to be honest. Then when I seen her picture on the TV I was in absolute shock!.”How could someone so gorgeous die like that?””Such a waste. ” he added.

Ms. Harris died when the bicycle she was cycling on was struck by a train after accidentally taking a wrong turn onto the tracks.

Katie Holland told WWN about her best friends final moments: “I was on the phone to her when she died.”

“She thought she was on the wrong road as it had equally spaced horizontal planks instead of pavement and she said it was very bumpy.”

“Her voice was jumping as if she was being patted on the back while she was speaking.”

“I could hear a whistle in the background but she said it was probably a car trying to pass her on the narrow road.”

“Then there was a loud crunching noise.”

Unfortunately for the college student the whistle noise was not actually a car but a 534 tonne train which was travelling at approximately 80km an hour.

Jessica Harris’ 8 stone body was no match for the 1976 Intercity passenger train.

Her remains were later found just 86 miles from her home by a man walking his dog the next day.

An enquiry as to why the driver failed to report the incident is already in motion.