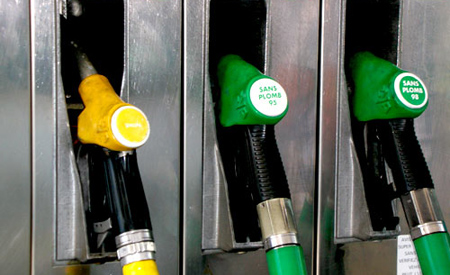 FUEL prices are set to soar even higher this month after ‘something really complicated happened somewhere foreign or something’ say distributors.

Four of the major producers of petroleum based fuels in the UK and Ireland claim that the hugely complex turn of events has left them with no choice but to push pump prices up another 10 cent by the end of March, bringing the average price per litre to €1.70.

Chairman for the Statoil group, Henrick Valderfad, said: “Our hands are basically tied here due to the really incomprehensible issues in the country where they make all the oil and stuff.”

“The last thing we want is people paying huge amounts of money for something that can be only be sold to them by us.”

Mr Valderfad told WWN he hoped for a slight drop in prices during the summer period when tensions usually die down in that country, but he does expect things to get ‘really mad altogether’ during the Winter months.

“We can expect oil and gas prices to rise during the colder months here due to all the problems that happen over there at that time of year.”

“Yea, they go cracked coming up to Christmas!!”

The head of statoil then made crazy eyes and started to shiver as if recalling a horrible event in his mind.

“Wooooah! You don’t even want to know what kind of messed up and complicated stuff happens there.

“It’s just too much to comprehend.”

“Just leave all that worrying bit to us.” he added.

Petroleum is currently selling at $1 per litre in the US, which converts to 74 cent here in Europe.

However, the United States does not source their oil from the same countries as the EU.

They just bomb them instead.