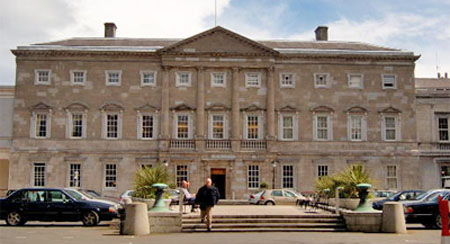 THE GOVERNMENT announced today that it is now facing a shortage of new tax ideas to piss people off with.

Ministerial departments converged in a crisis meeting yesterday evening after shocking figures were released on how many home-owners actually paid the household charge.

Environment minister Phil Hogan told WWN today that the household charge was the governments final option to increase its revenue and that there is ‘nothing else left to tax in Ireland’ for the foreseeable future.

“We can’t seem to think of anything else to tax at the moment.”

“I suppose you could say its ‘politicians block’.”

The minister also said that in excess of 800,000 households had registered and paid the charge by the close of business yesterday and that the remaining one million home-owners are letting the rest of the country down.

“People who refuse to pay this household charge are just ruining it for everyone else.”

“I hope they’re proud of themselves.”  he added.

However, sources inside the Dail say that a possible ‘foothpath tax’ could be introduced after the summer holidays which would also see an NCT system put in place for pedestrians over 65.

It is believed a standard two year check up on all older-walkers will be made compulsory if the bill is passed.

The government have recently set up a website for people to send in any tax ideas that they may have overlooked in the past.

The site www.fax-a-tax.gov.ie will reward any winning ideas with one years free maintenance costs on any apartment or house, here or abroad.