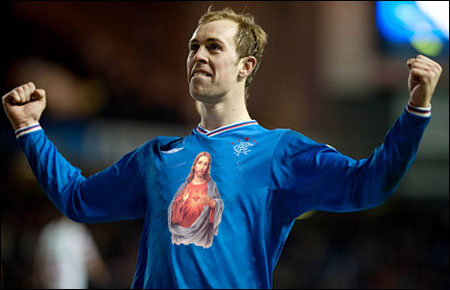 THE VATICAN has made a dramatic bid to buy Rangers FC debt in return for a total conversion to Catholicism and a 100% share in future earnings.

Sources told WWN today that pope Benedict has laid down strict guidelines for the take-over, including:

It was announced this morning that the Vatican may take over the club before the season is out, leaving some supporters slightly confused and agitated.

Rangers fans have already bit the bullet and converted on-line via a new website launched by the Vatican called www.Catholoitic-Convertor.va

“It’s bin Rangers all da way for me since I’s a wee one.”

“This conversion thang is doin’ ma’ ed in. I niver bin ta confession in ma life!!”

However, thousands of die-hard

It is estimated the total cost of the debt is in the region of €50m, or the inequivalent of four months donations from the newly converted Rangers fans.