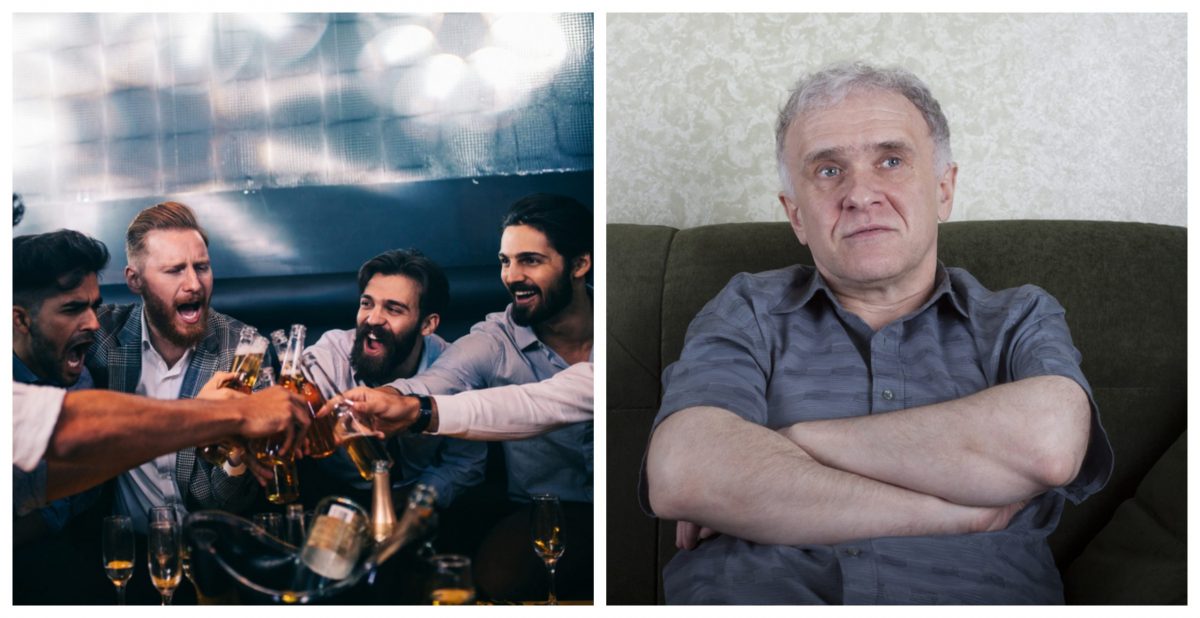 AS a best man, you have several responsibilities. Don’t lose the rings, give a good speech, tip the altar boys, and so on. But the most important thing you have to do is make sure that the groom doesn’t bring his prospective in-laws with him on the stag weekend. Otherwise:

1) There goes the strippers

A stag weekend is a groom’s one last chance to cut loose before he gets married. So somebody please explain how that’s going to happen when you’ve invited your fiancee’s 77-year-old Dad and his dipshit never-left-home son to come with you on a weekend in Carrick-On-Shannon where you’ve a stripper booked to come round the room?

How are these people going to react to the sight of their soon to be in-law getting a private show in a lapdancing club? Do you honestly think junior here isn’t going to run and tell his sister everything? You couldn’t have just, you know, not fucking invited them?

2) There goes the drugs

This was our one last chance to try coke or do ecstasy, and now we’re here in the pub listening to your fiancee’s cousin talk about the range of electric cars in city driving situations versus on the motorway. We should be in a k-hole right now, being rolled over onto our sides so we don’t die in our sleep.

Instead, we’ve been in this same pub for three hours because gramps over there wanted to catch the end of the cricket. Jesus Christ lad, like, it’s your stag so do what you want. But fucking hell.

3) There goes the go-karting

So one in-law is super competitive and has lapped us twice, and the other has had to have the attendant stop the race twice because he can’t work the pedals and he doesn’t think it’s fair that everyone else seems to have a faster kart. Oh and what’s that over there? Dad-in-law just smashed his hip? This is on you, Martin. I said leave them at home.

Without the mole in the group that is your new wife’s entire fucking family, we had plausible deniability that we were only going to Amsterdam for the culture. That we would have a few drinks, nothing major, and go see the Anne Frank House before heading home.

But now we’re in the Dam with your new aul lad, and he does want to go to the Anne Frank House. Well go on, bring him. We’ll be in the red light, tell him we’re anti-semitic or something.

5) There goes your life

Not being cruel here Martin, but did you really want married life to start so soon that you couldn’t wait until after the stag? Some of us here are married, and we really wanted to have a night out and go fucking mental.

We know what you’re heading into man, and believe us when we say you’ll be well sick of these people soon enough, and you certainly don’t want them to have seen you getting sick into a drain outside a Supermacs. You do not need that hanging over you, dude. Trust us.