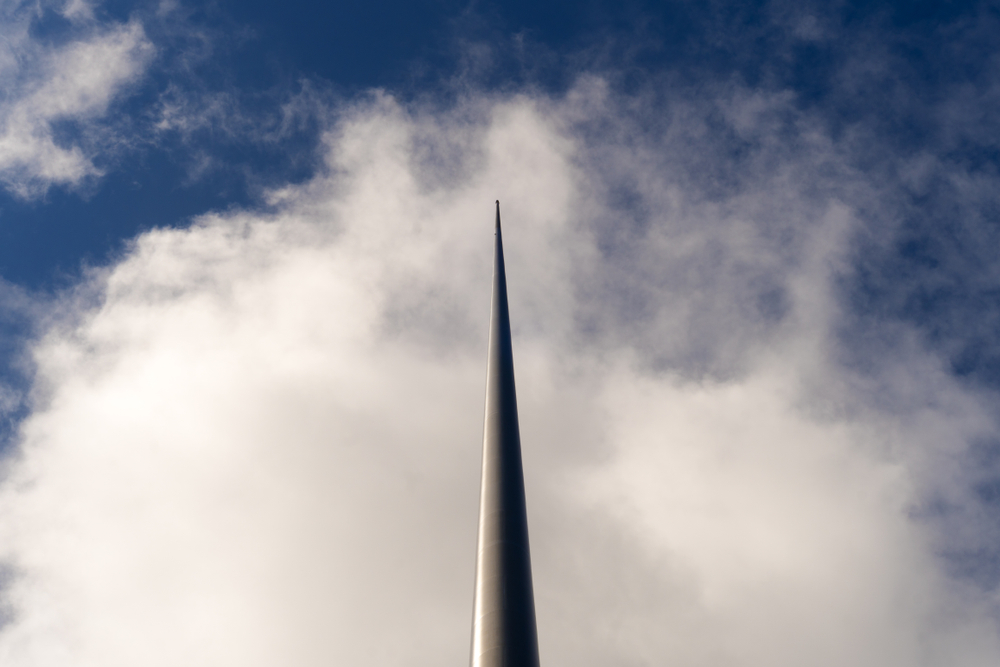 CELEBRATING its 20th birthday dominating Dublin’s skyline, the divisive figure of The Spire splits opinion to this day but 2 years on, what do locals make of it?

“I suppose it’s a handy for tourists wondering which part of the city they should avoid” – David, 39.

“One second I’m scribbling trying to get my pen to work, next thing I know that scribble was accepted as the design for The Spire by DCC” – Ian Ritchie, architect, 79.

“You know something has truly been accepted by the local people when it has a nickname, for example, I call it ‘that fucking eyesore'” – Aiden, 28.

“I think the only thing it has going for it is that if they tried to build it today it’d have somehow cost €4 billion, not €4 million” – Sinead, 33.

“You could build a second spire with the number of discarded syringes on O’Connell Street” – Cian, 67.

“They say it even took the Parisians awhile to come around to the Eiffel Tower but at least you can climb up that fucking yoke” – Aleksander, 48.

“The Spire is a unique tourist attraction, insofar as not a single tourist is attracted to it” – Sarah, 47.

“I can’t believe it wasn’t a joke. I remember when I first saw it I thought Holy shit, they were actually serious?!” – remaining population of Dublin.