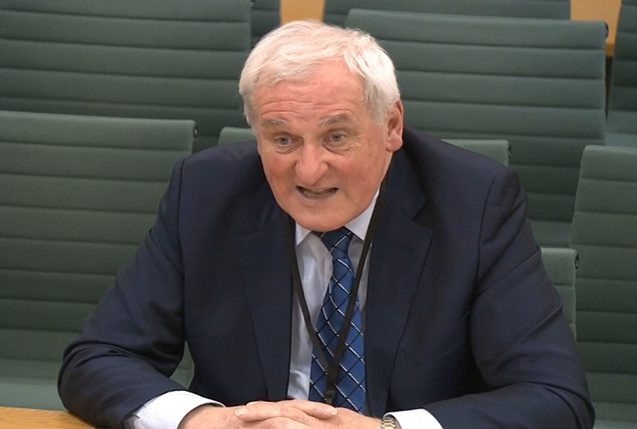 “An undeclared/record subsequently corrected political donation of €1,400 from a friend who has received €8.7mn in government business and sits on the board of the Land Development Agency? Pathetic, baby infants stuff, we were Champion’s League level back in the glory days” explained Ahern.

Taking a break from one of his dozens of interviews about the Good Friday Agreement with the media, who just don’t bother mentioning the myriad scandals which brought him down, Ahern couldn’t stop talking about his disappointment in the standard of Irish political scandals.

“And this ‘apologies in the Dáil’ stuff. Pathetic, in my day we asked why people cribbing and moaning didn’t kill themselves. That was when politicians were politicians and brown envelopes were brown envelopes, and you didn’t stand aside from reforming ethics, no, you appointed Liam Lawlor head of the Dáil Ethics Committee. This generation is soft,” added Ahern.

Ahern added that he was immensely disappointed in Paschal Donohoe, when learning the Micheal Stone at the centre of the controversy was not UDA terrorist Michael Stone, but a humdrum Dublin businessman.

Ahern’s sentiments have been echoed by many who feel Irish politicians have indeed gone soft.

“We’re losing something scared to our culture. Not having a bank account, ‘winning it on the races’, signing blank cheques for Charles Haughey, receiving money from a millionaire businessman, alleged bribes from property developers… it’s time to bring Bertie back, it’s time to bring Ireland back,” offered some political experts.

Elsewhere, current serving Irish politicians have asked the public to take a ‘ah sure it’s harmless’ attitude to issues of gross negligence and/or rule breaking when it involves a politicians who is ‘a decent skin’ or a genius Minister for Finance who somehow gets credit for multi-nationals paying a bit of tax.