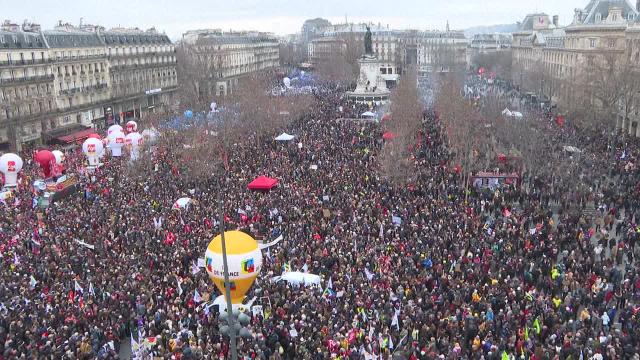 HAVING carried out a protest at the weekend over hospital overcrowding, the prospect of heading straight back out again to protest the appalling and potentially fatal state of child and adolescent mental health services in the country is proving a bridge too far for Irish people.

However, seasoned protesters in France have offered to protest on Ireland’s behalf which has come as a relief to the non-protesting majority in Ireland who collapse from exhaustion after a polite shrug or tut.

“Sacre bleu! Waiting lists how long? What do you mean technically there is no waiting list when a service doesn’t exist in the first place? Non, mon ami, we must overturn cars, petrol bomb places, march in our millions. There will be no rest until Ireland, one of the richest countries in the world, actually has health services for the petites personnes,” reacted French protesters in solidarity.

The French’s neighbourly desire to help was ignited when they heard of a fresh CAMHS report which detailed severe lack of services, staff shortages, young people receiving no follow-up appointments for review of prescriptions or monitoring of medication, being abandoned by the health service when they turned 18 and unpaid overtime and burn out.

“Mon dieu and the whistleblower who brought this to attention and without whom no review would have been carried at all was très ostracised by the HSE? I know just what you guys need, have you ever heard of the French Revolution?” added protesters, before sensing reluctance from an Irish public with a different cultural mindset.

“Qui, we get it now. It is not in your nature to express your displeasure at how the country is run by the politicians and bureaucrats. You are too refined, too classy, you wait until the election and then you vote them… wait, quelle? You vote them all in again? Merde,” concluded French protesters as they started a counter protest against Irish voters on behalf of Irish children.